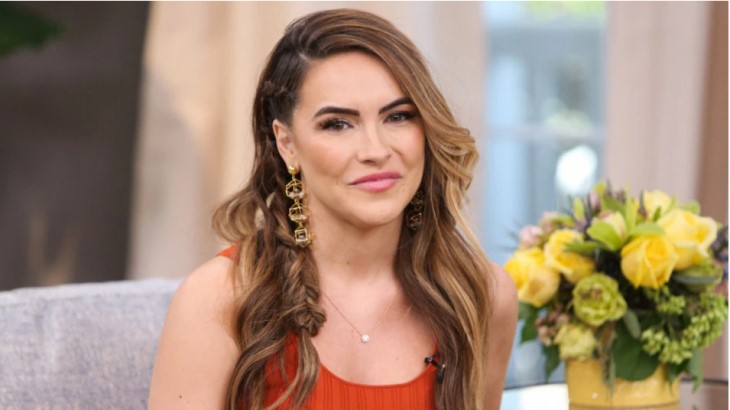 Today is a big day for former soap stars, Chrishell Stause. According to Deadline, UTA has signed the actress who is best know for a number of roles in the soap community.

UTA means United Talent Agency. It is an agency that represents artists and other professionals in the entertainment industry. The company is based in Beverly Hills, California, and was established in 1991. They have several employees and several divisions focused on television, film, books, digital, video games, music, marketing, news and broadcasting, fine arts, branding and licensing, speaking, and more.

Stause also had some more good news earlier this morning. Her hit Netlfix series Selling Sunset which premiered in 2019 will be back for a second season. The show was reportedly renewed for season two to come in the near future.

Stause’s successful acting career includes her famous daytime soap opera roles such as; Jordan Ridgeway on Days of Our Lives, Bethany Bryant on The Young and the Restless and Amanda Dillon on All My Children.

The second season of Selling Sunset is set to premiere on May 22, 2020. The show is a reality series that follows seven of Los Angeles’ most successful female realtors who all work under the same roof at the No. 1 agency in the Hollywood Hills and the Sunset Strip. They work relentlessly and play hard as they compete with one another and the L.A market. They will do whatever it takes to get to the top and to maintain their own personal lives.

Stause is also well-known for playing in Lifetime movies such as Stage Killer. She also has primetime gigs such as; Mistresses and Body of Proof on ABC to her list of acting credits.

She was previously married to This Is Us’ Justin Hartley (Kevin Pearson). Rumor has it that she will be back on Days of Our Lives sometime later this year. This is just a rumor and like we always say it is best to wait to see it believe it. So, what are your thoughts on this news? Would you like to see Stause back on daytime soap operas full time? Which one of her soap roles was your favorite? We would love to hear from you. Do not hesitate to share your thoughts below in the comment section and check back this website for more soap opera news as they become available, we will report them.