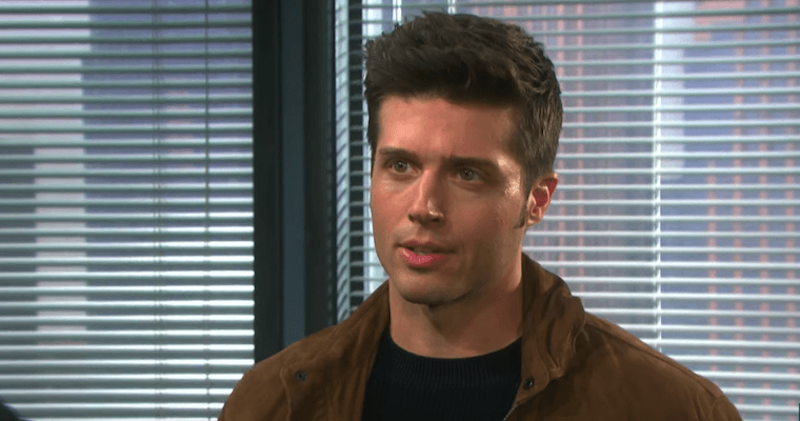 Days of Our Lives spoilers reveal Ben Weston (Robert Scott Wilson) gets to meet Evan Frears aka Christian Maddox (Brock Kelly). However, the meeting goes horribly wrong when Ben puts his hands around his neck. Remember, Evan is the man who killed Jordan Ridgeway (formerly Chrishell Stause) and framed him for murder. Will he end up returning to his killer roots or can he be reeled back in?

Evan Frears Gets Away With Murder

DOOL spoilers reveal that Evan is strolling around Salem a free man, despite the fact that he killed a woman and framed someone else for the crime. It resulted in Ben spending a year behind bars and nearly dying by lethal injection.

Even though the prosecution is trying to build a case against Evan, it is indicated that the case falls apart due to Ciara Brady (Victoria Konefal) coercing a confession from Evans by gunpoint.

When Ben confronts Evan, he has a pretty strong reaction. Ben’s sister might have been unstable, but that was still his family. Plus, he had to pay for a crime that he didn’t commit. Sure, Ben has a history of killing people, but that was a long time ago. He’s come a long way since then and is medicated now. As long as he keeps taking his anti-psychotics, his killer urges should remain at bay.

Days of Our Lives: Strangling a Killer

Days of Our Lives spoilers reveal that when Ben comes face-to-face with Evan, he reacts by putting his hands around the young man’s neck. He proceeds to strangle him and judging by a sneak peek photo published on Facebook, Ben has no intention of letting Evan live. All the veins are popping out in Ben’s neck and it doesn’t appear as if Evan is fighting back.

Days of Our Lives Spoilers: Ciara Brady Saves the Day?

Ben has come so far in his journey since those serial killing days, it would be a shame to have him throw it all away on someone like Evan. It wouldn’t be a surprise if Ciara came running to stop Ben from committing murder, even though he would be justified. After all, Ben is getting married and while there hasn’t been justice yet, he just needs to hang on. Evan will get what’s coming to him eventually.

What do you think of Ben trying to strangle Evan for killing Jordan and framing him for the crime? Will Ciara come to save the day — and from Ben committing another murder?