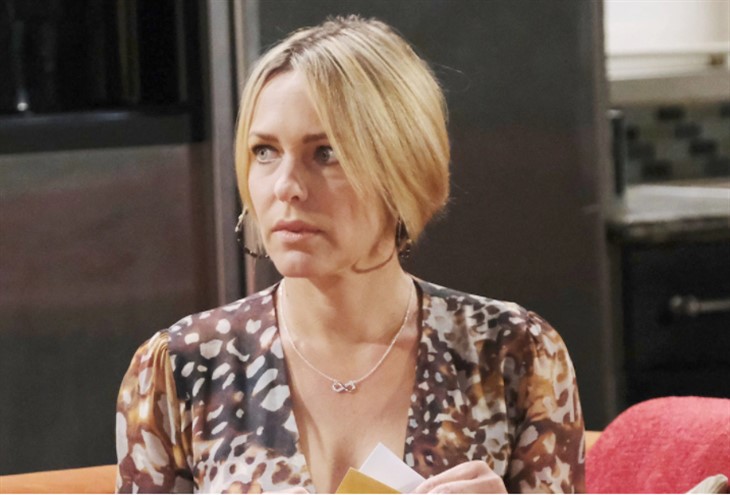 NBC Days of Our Lives spoilers for the week of October 12 reveal that Nicole Walker Brady (Arianne Zucker) will give Lucas Horton (Bryan Dattilo) devastating news. This must be about Allie Horton (Lindsay Arnold) claiming that she was raped by Tripp Dalton (Lucas Adams). How will Lucas deal with the situation and will Sami Brady (Alison Sweeney) come back because of it?

Days Of Our Lives Spoilers – Nicole Walker Brady Has News

DOOL spoilers reveal that Allie is dealing with much more than people initially thought. Now that she has bumped into Tripp and told her story to Nicole, Allie is starting to feel all those pent-up emotions. Each time she tells her story, she also remembers a bit more the night she was raped. Nicole ends up sharing the information with Allie’s father.

Ever since Lucas found out that his daughter was pregnant, he has demanded to know the father’s identity. However, that didn’t go over very well with Allie and Kate Roberts DiMera (Lauren Koslow) had to get Lucas to back off. Now, he is going to learn that Allie was irresponsible, but she got pregnant because she was raped. Lucas will be devastated by the news.

Days of Our Lives spoilers reveal that Lucas will feel a lot of emotions as the victim’s father. One of those is rage and he will want Allie to get justice. However, it could also bring up old demons. As fans know, Lucas is a recovering alcoholic and emotional situations with his family are a major trigger for him. We don’t know if he will relapse or be tempted by alcohol, but it is a possibility.

DOOL Spoilers – Is This Sami Brady’s Next Story?

Sami Brady (Alison Sweeney) gave Nicole the baby on the condition that Allie live with them. Then, she promised that she would stay far away from Allie and Henry Horton (Jayna and Kinsley Fox).

However, when she hears that Allie got pregnant because she was raped, Sami will feel compelled to come back. Then, when she discovers that Tripp is the person who allegedly attacked Allie, Hurricane Sami will go into a rage. We know that the character is coming back by the end of the year for an emotional storyline. But will the rape story still be going on by then? It certainly is possible, but let’s hope the truth comes out before Tripp’s life is destroyed forever.