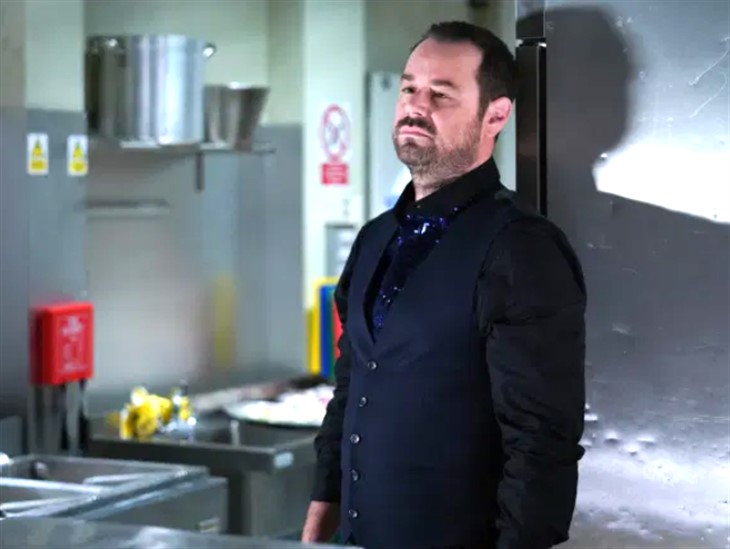 BBC Eastenders spoilers reveal that Mick Carter (Danny Dyer) will be stunned when Frankie Lewis (Rose Alyling-Ellis) says she might be his daughter. He keeps this a secret from his wife as long as he can. However, Linda Carter (Kellie Bright) eventually will find out. If Mick is really Frankie’s father, then that means he cheated on Linda. Could their marriage come to an end?

Mick will become increasingly suspicious of why Frankie is so obsessed with his family. She has tons of photos of Ollie Carter (Harry Farr) on her phone, which Mick suggests she deletes because Linda wouldn’t like it. Then, Frankie keeps asking questions about the Carter family. When Mick finds out that Ollie is being looked after by Frankie, he races to find them and demands answers. This is when Frankie explains that she thinks Mick is her father.

Eastenders spoilers previously confirmed that both Mick and Linda would be keeping secrets from each other. We’re pretty sure Linda isn’t going to tell her husband about kissing Max Branning (Jake Wood). It’s possible that Mick’s big secret is Frankie possibly being his daughter.

If Mick tells Linda that Frankie could be his child, then that would open up a can of worms. It means that Mick hasn’t been faithful the whole time he has been married to Linda. His past betrayal will resurface and destroy the trust that Linda has in her husband. Even though Mick doesn’t want Linda to find out that he could have a daughter, the truth can’t be hidden forever. Secrets always have a way of coming out in the end, especially on soaps!

When Linda finds out that Mick cheated on her and Frankie could be his daughter, she will be shocked and furious. However, it also might not make her feel so bad about kissing Max. It is teased that Mick and Linda’s secrets will fester and it could destroy their marriage. But in Mick’s mind, the truth could also cause his relationship to end.

Is Frankie Lewis really Mick Carter’s daughter? How long can he keep this a secret and what happens when Linda Carter finds out? Will she eventually admit to kissing Max Branning? Can their marriage survive another big obstacle or could this actually be the end?

Days Of Our Lives News Update: Camila Banus Proves Why She’s The Best In The Show