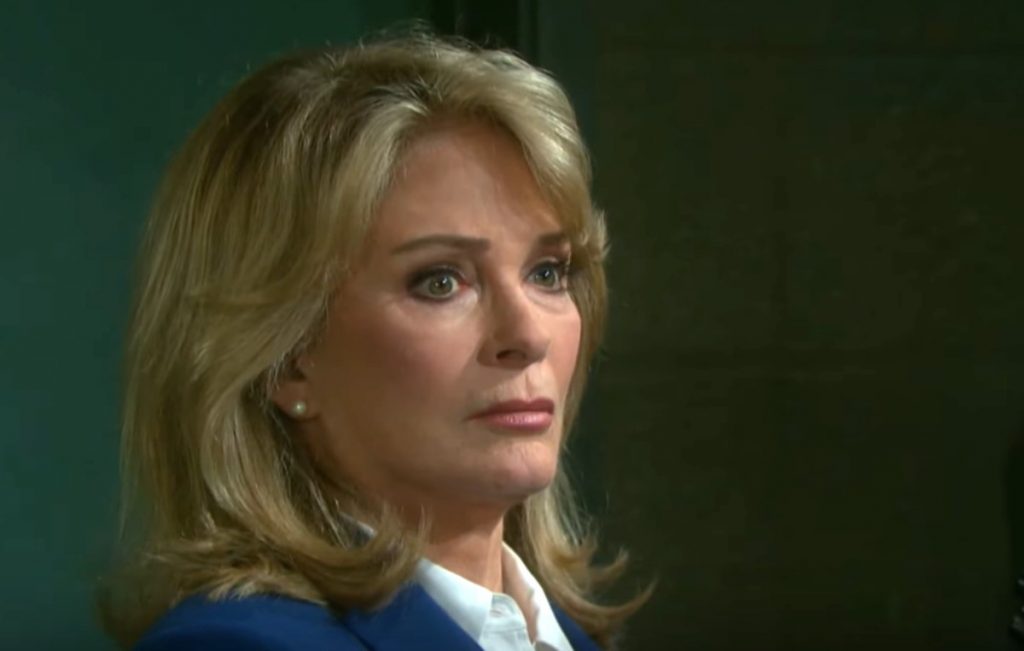 Days of Our Lives Spoilers – Marlena Evans Tries To Talk Her Way Out Of Dr. Wilhelm Rolf’s Procedure

Marlena Evans (Deidre Hall) tries to talk her way out of Dr. Wilhelm Rolf’s (William Utay) procedure, which appears to be some type of brainwashing, possibly with a microchip implanted in Marlena’s brain, so that she will submit to Stefano DiMera (Stephen Nichols) and return his love and attraction.

Perhaps she’ll be brainwashed into thinking Stefano is her husband, John Black (Drake Hogestyn) and see him and respond to him every time Stefano approaches her; it sounds like that would be the only possible thing that would cause her to submit to Stefano! Viewers will have to wait and see!

At Salem University Hospital, Chad DiMera (Billy Flynn) attempts to smother Gabi Hernandez DiMera (Camila Banus) with a pillow, under Stefano’s brainwashing. However, he is interrupted by Rafe Hernandez (Galen Gering) before he can get very far in the process, and Gabi gets lucky thanks to her big brother checking in on her. Stefano is anxious to remove any competition he may have for his regaining his status as founder and Chief Executive Officer of DiMera enterprises!

John, Justin Kiriakis (Wally Kurth) and Kayla Brady (Mary Beth Evans) find themselves in grave danger. Days of Our Lives viewers will recall from Friday’s episode that John found the storage room where Kayla had been held captive for several days, and Justin had been knocked out in a struggle with Stefano over a gun, which Kayla had intervened in as well when Justin tried to get Marlena away from Stefano.

John came in but then didn’t realize the door was self-locking and now they are locked in, Stefano having taken Marlena with him. So John, Justin, and Kayla are locked in the room and now poisonous gas is seeping into the room! It would appear Stefano or Rolf has turned the room into an execution chamber!

Having recovered from his near-death experience, Ben Weston (Robert Scott Wilson) thanks to his girlfriend, Ciara Brady (Victoria Konefal) for saving his life! It was a last-minute save indeed, with Ben flatlining as Marlena and Ciara argued with the warden to stop the execution, and Ben had already received two of the three lethal injections!

She had to bring Evan Frears/Christian Maddox (Brock Kelly) to the prison at gunpoint and smash his face into the window of the execution chamber and force a confession out of him before the warden would stop the execution, but he did!