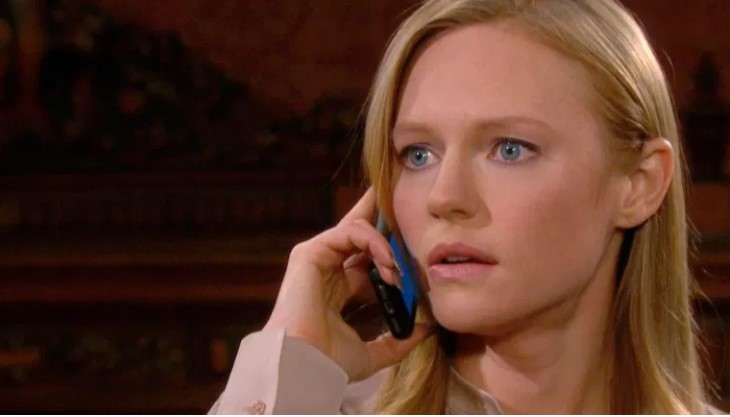 Days of Our Lives fans are used to actors coming and going. We have also come to expect that sometimes, there will be recasts. However, there is only one character that comes to mind when it comes to actors flip-flopping constantly and that is Abigail DiMera. Marci Miller is once again taking over the role of Kate Mansi. Miller explained why she was hesitant to accept the offer.

DOOL spoilers reveal that when people think of Abigail, the actress that immediately comes to mind is Kate Mansi. When she exited a few years ago, the role was recast, which led to us meeting Marci Miller. Then, the actress said goodbye and Mansi returned. Then, in a roller coaster casting event, Mansi left once again and now Miller is back. Are you getting dizzy yet?

It is confirmed that Abigail is coming back and she is a fan-favorite character. Plus, she left without her storyline being resolved. For one thing, if Gabi Hernandez DiMera (Camila Banus) didn’t drug Abigail and cause her hallucinations, then who did?

Days of Our Lives spoilers In the latest issue of Soap Opera Digest reveal that Miller didn’t immediately accept the offer. She explained that it was important for her to really think about it when she was asked to come back to the soap again. The actress told the magazine,

“… one of the things I had to weigh in coming back, was whether or not it was fair to fans for me to accept [the offer], because Kate hadn’t been there for a very long stint. For them to kind of do this flip-flop thing was a little bit of a concern of mine.”

So, what prompted Miller to say yes if she wasn’t sure about coming back to replace Mansi yet again? The actress explained that if they were going to bring Abigail back, it was better to be her than another new actress. She said,

“But I figured it was better to have Abigail on the canvas, and if it was going to be Abigail, it was better for it to be me than a new girl. At least there’s a level of familiarity.”

What do you think of Abigail DiMera returning to Salem? What do you think will happen with her character? What are your thoughts on the soap asking Marci Miller to replace Kate Mansi yet again? To find out what happens with Abigail, Chad, Jake Lambert (Brandon Barash), and the rest of the characters, keep watching the NBC soap opera.

’90 Day Fiance – The Other Way’ Spoilers: Biniyam’s Been Rejected For A Visa The Third Time, What’s Up With That?