’90 Day Fiance – The Other Way’ Spoilers: Biniyam’s Been Rejected For A Visa The Third Time, What’s Up With That? 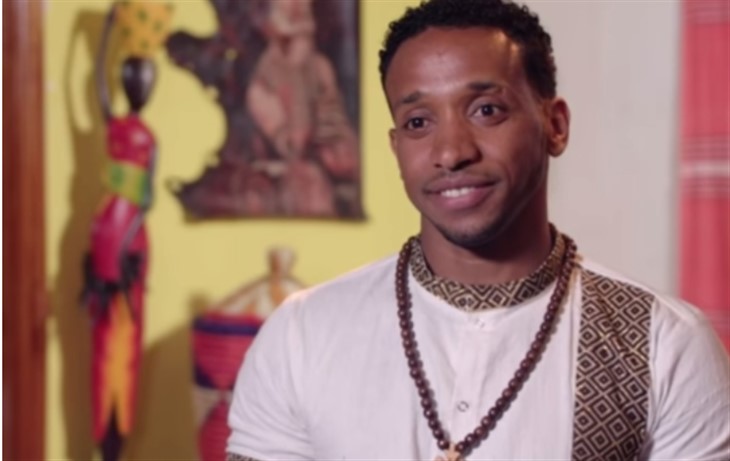 TLC’s “90 Day Fiancé-The Other Way” stars Biniyam Shibre and Ariela Weinberg have some real challenges presented to them when it comes to marriage – and many viewers wondered if it wouldn’t be easier for him to come to America instead of her go to Ethiopia. The simple reason is, he can’t, and here are the reasons why.

Biniyam has been rejected for a visa for the third time, and it all stems back to his first marriage, which was also to an American woman from Iowa. When Ariela’s family found out about his first wife, Bria, having left Ethiopia with their son, Simon, and divorcing Biniyam, it caused them great concern and raised several red flags.

’90 Day Fiance’ Spoilers: Big Ed May Be Filming Again Even Though He Didn’t Find A New Love

Janice Weinberg, Ariela’s mother, had already been suspicious that Biniyam only wanted to marry Ariela so he could get a green card, but he did show promise of being a responsible father, even though his jobs were not high-paying ones. Biniyam is a personal trainer and a dancer, also known as “Baby Cool”, with much of his dancing work in clubs, although he has performed in some music videos, one of which was filmed in Iowa several months ago.

In one Instagram post from June, he is shown with his friend and personal trainer Gabe who had been showing him around Iowa. Ariela was aware his jobs were not all that high paying, so it wasn’t strange that she fought with him over renting an apartment that cost triple his salary for a month in a recent episode. Biniyam lost patience and said he was done!

Biniyam has been open, vocal, and forthcoming about his ex-wife Bria, cutting off all forms of communication with him and not allowing him to see their son Simon, who is a special needs child. He even accused her of parental kidnapping at one point! He says that Bria misunderstood his talking to other women, which of course in his line of work is almost unavoidable – his club dance partner is an ex-girlfriend, as Janice had questioned in a recent episode of the show. Biniyam says that Bria left him for her childhood sweetheart.

Bria, originally from Nevada, Iowa, reportedly now lives in New London, Connecticut. They met in 2014 in Addis Ababa, Ethiopia, Biniyam’s home, while working as a volunteer; they dated for two years. They married in 2016 in a traditional Ethiopian ceremony, and Biniyam was supposed to go to America with her, when she became pregnant with Simon. She went ahead of him to attend her sister’s wedding but Biniyam was denied a visitor’s visa.

'90 Day Fiance – The Other Way' Spoilers: Yazan Concerned About Games – Brittany Has Feelings Too #90DayFiancehttps://t.co/5amJeDzRE0

Bria started to fly back to Addis Ababa, but plans changed drastically when Simon was diagnosed in-utero with gastroschisis, a condition in which intestines and other organs protrude outside of the baby’s body, and it was not treatable in Ethiopia – so Biniyam again applied for a visitor’s visa and was denied.

Bria’s mother even applied for help from a senator, but to no avail – he did eventually get to America where they married in a church there on a humanitarian visa because of Simon’s physical issues. It is likely that Biniyam was denied a spousal visa this time because he lives in Ethiopia, a third-world country. He did at that time receive help from a Congressman Loesback.

Because of third-world country immigration restrictions, he is not likely to be approved for a spousal visa even if he and Ariela were to go through with the Ethiopian marriage, which apparently is not recognized in the United States, since he had to have an American wedding when he was with Bria.

Stay tuned to “90 Day Fiancé-The Other Way” on TLC, and check back with us frequently for all the latest news, updates and gossip about all your fave “90 Day Fiancé” shows and stars!