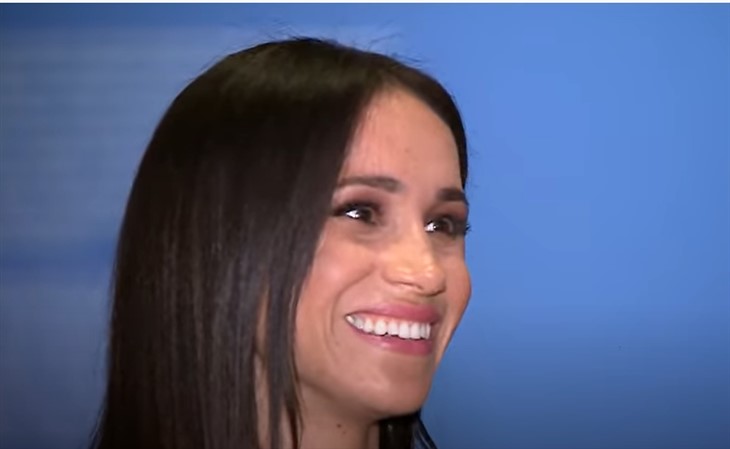 Meghan Markle was photographed going grocery shopping back when she was living on Vancouver Island, in Canada. This sense of complete normalcy on behalf of the Duchess of Sussex was lauded high and low by her fans.

Now, some might consider that kind of obsession a bit creepy, considering the fact that everyone’s got to get groceries if they want to eat. However, seeing a celebrity (even a minor one) such as Meghan Markle shopping for organic peanut butter at a place like Whole Foods apparently brings with it a sense of connection for some.

With that said, British tabloids picked up on the photos of Meghan as she shopped along with a bodyguard (wow, how exciting it must be to have that guys’ job) and began gushing over this non-newsworthy event right away. From discussing what color coat Meghan Markle was wearing at the time (it was a cream-colored overcoat) to describing the black trousers the duchess was wearing, fans got intimate details of her shopping outfit. Unfortunately, one can’t make out exactly what foods were in Meghan’s shopping cart in the published photos.

Meghan Actually Talks To Another Shopper

Maybe this was because Meghan was in Canada and hordes of paparazzi or others who go gaga over the mere presence of a celeb, but she gasps stopped to talk with a woman who was in the checkout line with her. That woman had a baby who was in a baby sling similar to the one Meghan Markle reportedly uses when she carts around her own tiny human. Perhaps this led Meghan to believe she had something small in common with this non-celebrity figure in line next to her.

With that said, some were in shock that Meghan decided to speak with someone else in line when cameras weren’t present. After all, reports were published all over the place that Meghan couldn’t even bring herself to take little Archie Harrison Mountbatten-Windsor to a “Mommy Meetup” because she was afraid of getting mobbed by all those desperate moms who don’t have anything better to do than kneel and worship the ground the duchess walks upon.

At least one Duchess of Sussex groupie figuratively knelt and worshipped Meghan following the publication of Meghan’s photo at Whole Foods. That pathetic individual wrote on Instagram, “Aww such a nice and rare picture to wake up to! Thank you to those who sent me this image via messages. It is a photo of Meghan in Canada, January 2020 at the checkout line at @wholefoodsbc.”

Another wrote, “Meghan just being herself and looking totally relaxed, at ease and gorgeous!”

Like, wow man, Meghan Markle is just so amazing, so adorbs, shopping at an upscale supermarket like a mere mortal! (Don’t let your eyes roll out of your sockets after reading that.)

Following her move to Montecito in Santa Barbara, reports indicate that Meghan Markle isn’t quite so low-key or relaxed. In fact, insiders say that neither Meghan nor Prince Harry has been seen in downtown Montecito since their recent move there. That’s probably due to the fact that the place is now overrun with paparazzi just waiting to snap photos of the Duke and Duchess of Sussex.