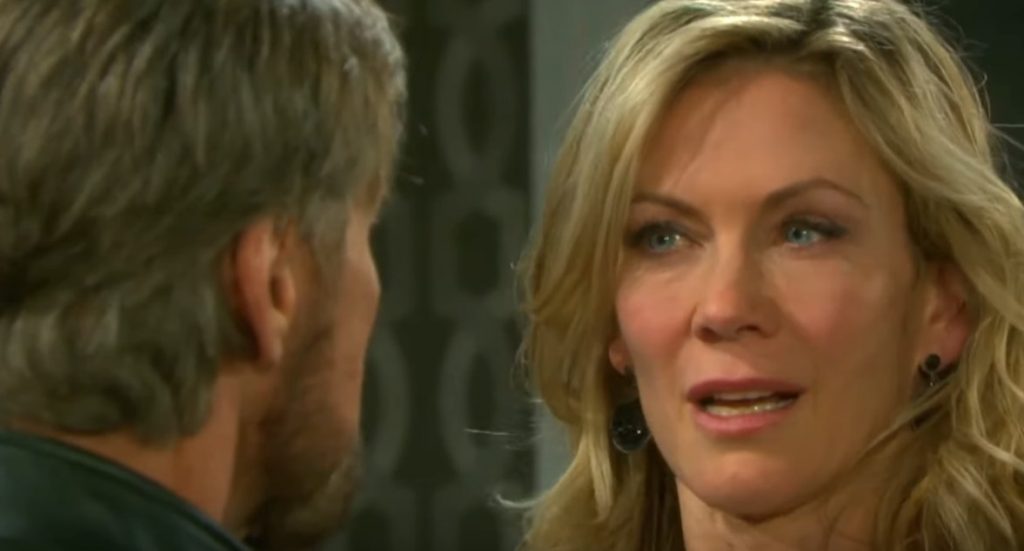 Days of Our Lives spoilers reveal Kristen DiMera (Stacy Haiduk) could finally get her redemption story. It is suggested that Stefano DiMera (Stephen Nichols) is betrayed by his own daughter. As a result, John Black (Drake Hogestyn) and Dr. Marlena Evans (Deidre Hall) are reunited. Could this make “Jarlena” forgive her for her past deeds, seal Brady Black’s (Eric Martsolf) love and give her redemption?

DOOL spoilers reveal a DiMera is betrayed by his own family. It is hinted that it could refer to Stefano, who has caused chaos and mayhem in Salem since his “return.” Originally, it was believed that Chad DiMera (Billy Flynn) would turn on his father. But he is currently brainwashed and doing Stefano’s bidding. So, who else could step up and stop the brain-chipped villain?

It is reasonable to assume that it is Kristen. Tony DiMera (Thaao Penghlis) could also help take down Stefano. We know that Stefano plans on marrying Marlena as soon as possible. He announces his plans to Tony and Kristen, who are stunned.

Now, Kristen is in love with Brady and Marlena is his stepmother. Plus, Kristen needs a solid redemption story. That means making the tough choice between family loyalty and doing the right thing.

Days of Our Lives spoilers reveal that Kristen and Tony won’t be the only ones working to right a wrong. Outside the hideout, John Black (Drake Hogestyn) and Hope Brady (Kristian Alfonso) search for Stefano and Marlena. Joining them on the journey is Brady.

There is no way fans would ever forgive writers if Stefano and Marlena’s wedding actually happens. She despises the man and is in love with John. The iconic soap couple has been a fan-favorite for decades and is lovingly referred to as “Jarlena.”

With several characters working toward a common cause, John and Marlena will be reunited.

A few months ago, Eric Martsolf and Stacy Haiduk talked to Soap Opera Digest about “Bristen.” They revealed that fans were starting to warm up to the idea of them as a couple. Then, Martsolf teased that head writer Ron Carlivati loves a good redemption story.

It seems that Kristen might actually be redeemed and forgiven for her long history of evil deeds. We will have to keep watching the NBC soap opera to see how this story develops.