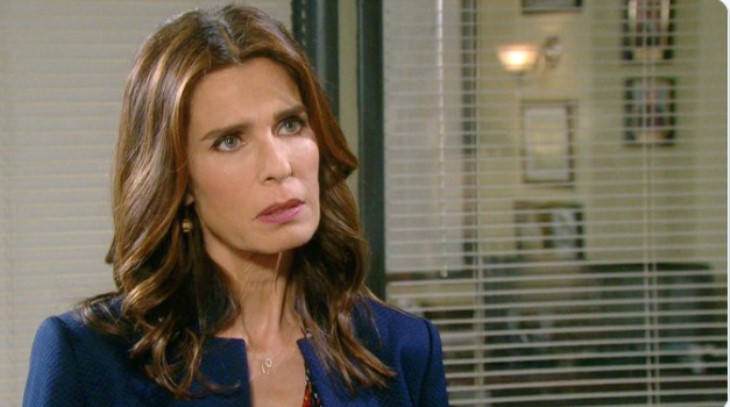 Days of Our Lives (DOOL) spoilers tease that Hope Brady (Kristian Alfonso) has to deal with the fact that she lost almost a year and a half of her life while Princess Gina (also Kristian Alfonso) took over Hope’s life, thanks to a microchip implanted by Dr. Wilhelm Rolf (William Utay). Rolf removed the chipper Chad Dimera’s (Billy Flynn) suggestion and Hope is finally back to herself.

Days of Our Lives Spoilers – Life Is Too Short 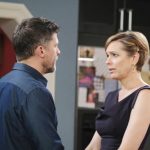 In the short term, it would come as no surprise if Hope starts acting a bit wilder, or more accurately, less cautious. A year and a half is a long time to be away from one’s life. So Hope will likely try to make the most of every minute she has available to her now. She also thinks she has a lot to make up for because Gina did some truly horrible things while pretending to be Hope. She pushed her Jennifer Horton (Missy Reeves) off the balcony at the Bistro and Jennifer was in a coma for an entire year.

Although Hope and Jennifer both lost a significant amount of time, look for them to deal with it in very different ways. While Jennifer will want to spend every second with her husband Jack Devereaux (Matt Ashford) and lead a very simple existence, Hope will likely want to take down all the bad guys. She will want something, or someone, to make payments for her pain. Perhaps she will even give Dr. Rolf a taste of his own medicine,

Days of Our Lives Spoilers – A Captive Mad Scientist?

Hope will think Rolf is too dangerous to be left unsupervised. So she could easily make it her business to hold Rolf captive and make sure no one else suffers as she has. But how far would Hope go, could she actually consider killing the mad scientist? She might even tell herself that someone with his skills and demeanor, can’t be trusted to be on their own, so killing him might be something she toys with.

But Hope will eventually come to the realization that murder isn’t the answer. But keeping an eye on Rolf as he performs him mysterious projects could easily help ease her mind. Perhaps, she can get him released into her custody so she will always know exactly what Rolf is up to. For his part, Rolf will likely soon realize the Hope that he took away isn’t exactly the same woman she once was. And he may have every reason to be scared.

Days of Our Lives Spoilers – What Will Happen?

Will Hope go a little wild after losing so much time? Will she try to hook up with Rafe Hernandez (Galen Gerring) once again to show her gratitude? Or will she decide to make it her mission to keep Rolf close, so she can monitor his every move! Anything can happen, so stay tuned to Days of Our Lives airing weekdays on NBC. And don’t forget to check back here regularly for all your Days of Our Lives news, information, and spoilers!