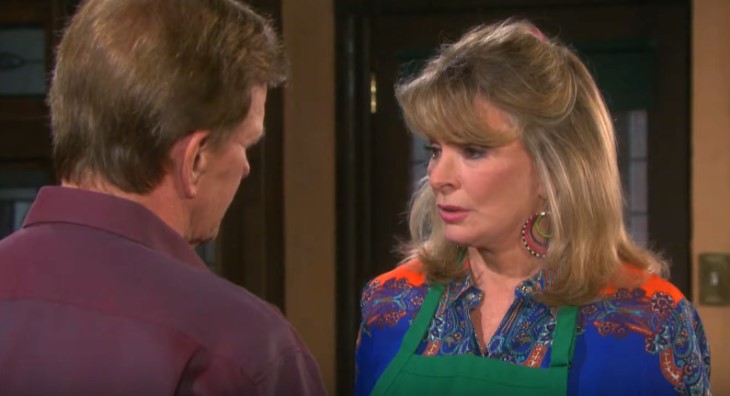 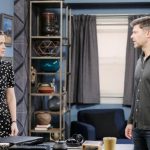 Hattie Adams wanted to spend the rest of her life with Roman Brady, (Josh Taylor) but things didn’t work out the way that she had hoped or planned. She took his protectiveness – which was simply out of being an old-fashioned man whose mama raised him right – as a romantic interest in her, but she misread him, as happens to many single people along their way to Mr. or Mrs. Right, if they ever do find their soulmate at all!

Roman and Hattie had gone back quite a way – to when he saved her life when she was getting ready to jump off a bridge and Roman had talked her down! But now, she just doesn’t care about hanging around Salem if Roman is never going to either come around or admit the truth! Maybe if she just leaves town a while, she figures, he’ll miss her. Maybe he’ll even come looking for her if he really misses her! Hey, maybe she’ll just leave without quitting her waitress job or saying goodbye—if she gets him good and worried about her, maybe he’ll appreciate her more!

Maybe he’ll think she went hunting for Dr. Marlena Evans (Deidre Hall) and got herself into a little Stefano DiMera (Stephen Nichols) trouble! Yes, she thinks to herself – that just might work! She’ll just leave town and not give her notice and maybe drop a few hints about being really worried about Marlena and going to look for her and then maybe he’ll come looking for her and rescue her again as he did years ago!

But then, on the other hand, Hattie reasons – I won’t be totally alone – there’s always my old friend Bonnie Lockhart (Judi Evans)! Hattie decides she’s going to go look for Bonnie in her time away from town – she knows that book must have made her lots and lots of money, and maybe Bonnie has a job she would give Hattie.

Or maybe if she can find her the two can just be the new version of Thelma and Louise, minus the getting in trouble for doing things that they shouldn’t do! Bonnie probably has lots of money and lots of time to travel now, and that’s something Hattie has always wanted to do, travel! She’s never been to any exotic places or places where people talk funny or cook strange things – as long as they don’t talk like Dr. Wilhelm Rolf (William Utay); he can go stuff a Wienerschnitzel or whatever they call that in his mouth and choke on it as far as Hattie is concerned!

Rolf has caused enough trouble and she doesn’t want to be reminded of him! Hattie thinks everything over and decides she’s over trying to make Roman love her and she’s going to look for Bonnie and try to catch up to her instead!

The Young and the Restless Spoilers: Victoria pushes herself too far – suffers major setback