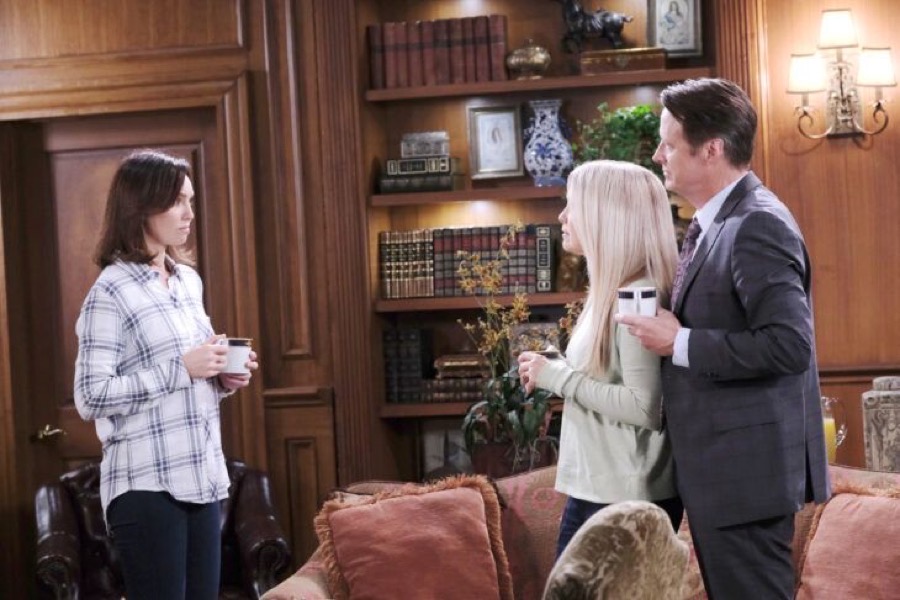 NBC Days of Our Lives spoilers reveal that Gwen Rizczeck (Emily O’Brien) has been targeting Abigail DiMera (Marci Miller) for several months. During recent episodes, she indicated jealousy over Abigail’s close relationship with her father, Jack Deveraux (Matthew Ashford). Could these be clues that there is a Salem paternity twist? Perhaps Gwen is Jack’s secret daughter?

DOOL spoilers reveal that it was Gwen all along who drugged Abigail and caused her hallucinations to return. However, she wasn’t supposed to get better. Her brain was supposed to melt, but that’s not what ended up happening. Gwen wasn’t pleased with Abigail’s recovery but is playing nice until she can get rid of her.

DOOL Spoilers – Getting Close To J&J

In a recent episode, Gwen decided to get close to Jack and Jennifer Horton (Melissa Reeves). She learned all about the coma story and how Jack was so dedicated he barely left the hospital for an entire year. Then, Abigail brought up her relationship with Jack and Gwen was clearly jealous.

Days Of Our Lives Spoilers – Jealousy Over Father/Daughter Relationship

Days of Our Lives spoilers reveal that there was a significant amount of screen time over Jack, Jennifer, and Abigail telling their story to Gwen. So, that is a clue that it will be a major part of the storyline or they wouldn’t bother. Gwen made it pretty obvious that she was envious and she wasn’t lucky enough to have what Abigail had with her father.

Then, Gwen decided that Jennifer needed an anniversary party of the date she woke up from the coma. However, she is really going to make it an event that nobody will ever forget. She has sinister plans in mind and Abigail could get hurt, or worse, killed.

It seems that there is a real possibility that Jack could be Gwen’s father. As longtime fans know, Jack was constantly in and out of Salem. He also spent several years presumed dead.

When he suddenly returned, Jack couldn’t remember anything. It is quite possible that he met other women during one of his absences. It also makes it highly likely that he could have another child out there. Is it possible that one of them is Gwen?

The Bold And The Beautiful Spoilers: 5 Signs That Say Steffy Will Be Pregnant With Finn’s Baby