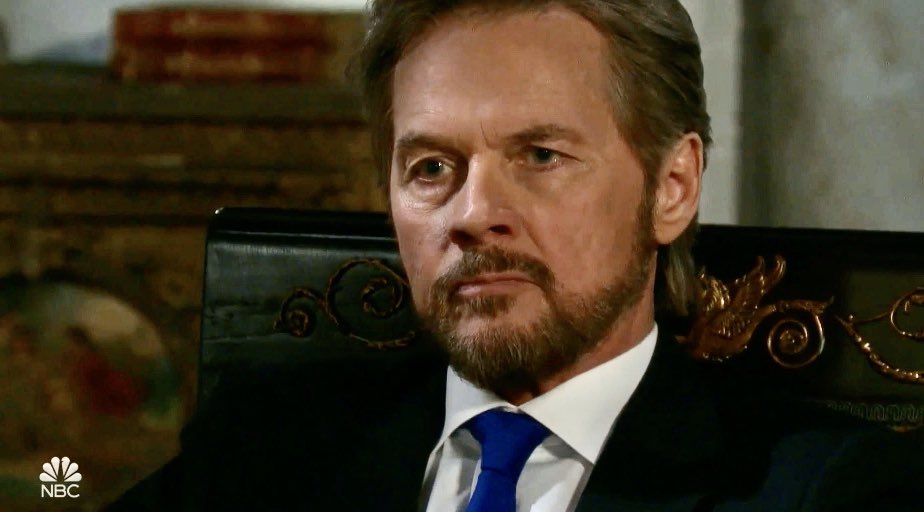 Days of Our Lives spoilers tease that Wednesday, January 29 will be another exciting day of drama for Days of Our Lives viewers as we get back to the present day action! Also please bear in mind that in the United States, beginning Tuesday, your program may be interrupted by the President Donald J. Trump senate impeachment trial as it continues. Days of Our Lives will be shown online at nbc.com after 8:00 pm, on the NBC app, or on Cozi-TV if you have the channel.

Anna DiMera, Tony DiMera And John Black Are Shocked When “Steve Johnson” Lashes Out At Anna

Days of Our Lives Spoilers: Eric Gets Up Close And Personal With Sarah – Feels The Passion Again In Their Romance https://t.co/vu4yXNSmyH pic.twitter.com/AjMEXMxd5O 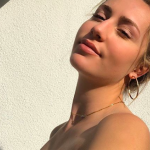 Anna DiMera, (Leann Hunley) Tony DiMera, (Thaao Penghlis) and John Black (Drake Hogestyn) are shocked when “Steve Johnson” aka Stefano DiMera (Stephen Nichols) lashes out at Anna! Tony was telling John and “Steve” he would do anything to help them find Stefano, but Anna called him a “twisted old spider who sucks the lifeblood out of his children and doesn’t have the guts to show his face, and that even his own son is sickened by him!” Anna then goes on to say that Stefano DiMera is nothing but a weak, pathetic coward! “Steveano” who has already been struggling to keep his composure around Anna, whom he loathes, loses it and risks blowing his cover when he tells Anna to do them all a favor and shut up!

Kate Roberts, (Lauren Koslow) who has realized that Marlena Evans (Deidre Hall) is in danger, confronts Princess Gina Von Amberg aka “Hope Brady” (Kristian Alfonso) about her and Stefano’s plans for John and Marlena. Kate is able to persuade Gina into telling her the plans, the plans being that each one is kidnapped and then told the other one is dead, John being killed by Stefano, and also Marlena being killed! Kate will have to make a decision whether to keep this secret or tell someone who can help without incriminating herself in the mess!

As Days of Our Lives viewers will recall, Detective Rafe Hernandez (Galen Gering) has been keeping a journal of Hope’s strange behavior for over a year, and called her son, Shawn Brady (Brandon Beemer) for help in figuring out what was wrong. Shawn listens to Rafe break down everything Hope has been doing, from the smoking, her making a pass at John, her odd behavior at work – and it takes Shawn about two seconds to figure it out; Hope has been transformed into Princess Gina again! He explains who Princess Gina was, and what happened when Stefano put a control chip in Hope’s brain and controlled her via satellite and a wristwatch. Rafe tells him about Dr. Wilhelm Rolf (William Utay) having recently been in town, and they figure that Rolf must have installed an upgrade to Stefano’s original system and reactivated the chip! He also warns that they will have to approach this matter cautiously, and that Marlena is in extreme danger, and that Gina tried to kill him back in the day!

Chad DiMera (Billy Flynn) grills Kristen DiMera (Stacy Haiduk) about her face to face meeting with their father, Stefano. Chad is hurt that he would have a face to face meeting with Kristen, but not with him, and he wants to know why and if Kristen has any ideas or if he said anything to her about him. Kristen had already told Abigail DiMera (Kate Mansi) that Stefano had already left when she had shown up at her door looking for him! Kristen will probably tell him that someone was onto Stefano being in town and that he had to make a run for it, and cover with that he was going to try and go to the DiMera mansion but was unable to and had simply seen Kristen first because he had been closer to the Salem Inn when he got to town!