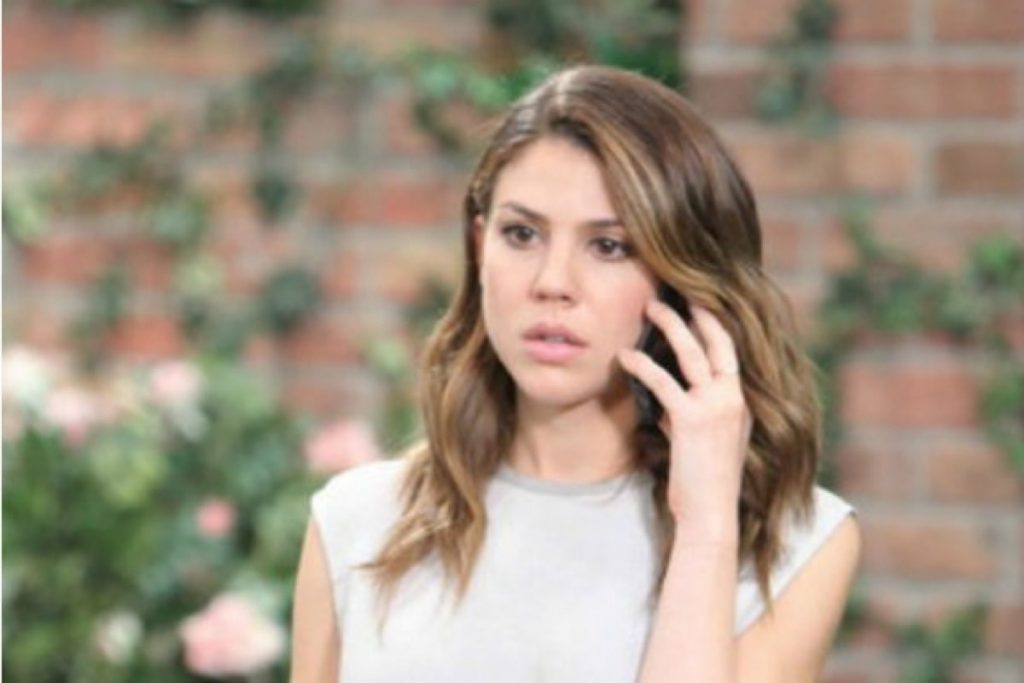 Abigail DiMera (Kate Mansi), looking for Kristen DiMera (Stacy Haiduk) about her DiMera stocks, goes to her suite at the Salem Inn and is surprised to find “Steve Johnson” (Stephen Nichols) there. As Days of Our Lives viewers will recall, he was there to see Kristen and after unsuccessfully fooling her as Steve, he admitted to her, rather angrily, that he is really her father, Stefano DiMera! He will likely revert back to his Steve persona quickly, or Kristen will hide him in the bathroom and cover for him, seeing his daughter-in-law there when he hasn’t even revealed himself physically to Chad DiMera (Billy Flynn) yet! 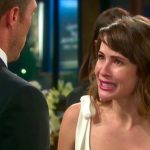 Meanwhile, Chad DiMera (Billy Flynn) grows suspicious of Kate Roberts (Lauren Koslow). Days of Our Lives viewers will recall that he went over to Brady’s Pub to talk to her about a chance for a way out of the waitressing business for good. But as they continue to talk over his ideas, something will cause him to become suspicious of her – like she’s not really on the up and up with him about everything. He may continue the conversation, but with his guard up!

Eli Grant (Lamon Archey) will propose to Gabi Hernandez DiMera (Camila Banus) despite what he was told by Lani Price (Sal Stowers) about Gabi making her beg on her knees for Stefan DiMera’s (Brandon Barash) heart, among other things. As Days of Our Lives viewers will recall from last week, he chalked it up to Gabi having been in extreme grief, and moves forward with his marriage proposal.

More than likely Gabi will want to rush to seal the deal, and tell him she prefers to not go to the hassle of setting up a big wedding with a lot of guests and just get married by a justice of the peace at the courthouse – as soon as possible! She won’t want any outside interferences to stop her plans!

Lani had told JJ Deveraux (Casey Moss) part of how Gabi blackmailed her to dump Eli at the altar, but today she will tell him the rest of it, and in particular about the app that Gabi has on her phone that she can control Julie Williams’ (Susan Seaforth Hayes) pacemaker with. She will also tell him that Gabi showed her that she still has the app on her phone and again threatened to kill Julie with it if Lani doesn’t stay in line! JJ should be shocked but at the same time not surprised at the depths that Gabi will lower herself to get what she wants!