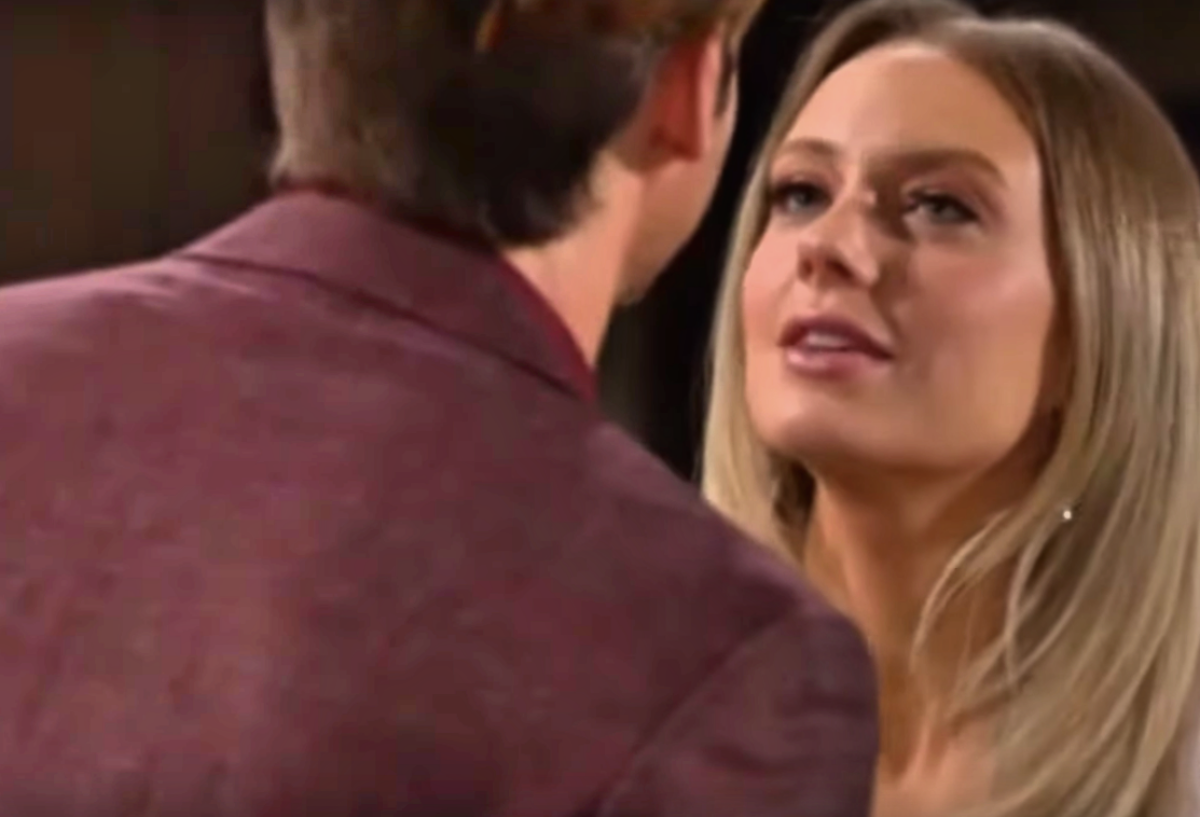 The Young and the Restless (Y&R) spoilers for Friday, January 31, tease that Sharon Newman (Sharon Case) will get ready for the next step. At home, Sharon speaks with Faith Newman (Alyvia Alyn Lind) about the port she’s getting installed for her chemo. She also thanks Nick Newman (Joshua Morrow) for keeping her secret before she leaves with Rey Rosales (Jordi Vilasuso).

Y&R Spoilers: Sharon Newman Will Get Ready For The Next Step

After Sharon’s procedure, she assures Rey that she’s fine to work. Sharon keeps busy at Crimson Lights, but Phyllis Summers (Michelle Stafford) notices her bandage. After she jokes about Sharon getting a tattoo, Sharon replies that she did – Rey’s badge number. Phyllis remains suspicious after Faith checks in with Sharon.

Once Nick arrives to do the same, Phyllis tries a new angle. She pretends she’s in the loop on Sharon’s health crisis and gets confirmation through Nick’s reaction. Phyllis gathers that it must be serious, but Nick wants her to go and insists she doesn’t know anything.

When Phyllis shoots a look before she exits, Sharon gets the picture. She’s angry at Nick for telling Phyllis, but he protests that she just figured it out on her own. Nick thinks Phyllis has a good heart deep down and won’t blab. Sharon contends that Nick should make sure Phyllis doesn’t.

Young And The Restless Spoilers: Chance Chancellor Lets Abby Know She Is The One He Wants

Meanwhile, “Chance” Chancellor (Donny Boaz) lets Abby know she’s the one he wants. Abby’s all too eager to rub that in, but Phyllis wants Abby to take the win and just leave her alone. After Abby keeps pestering, Phyllis rants about there being more important things in the world. Abby suggests Phyllis doesn’t have to fill her in right now, but she thinks the truth will come out eventually.

Back with Chance, he’s on the phone about the problematic woman in Vegas. She’s still asking questions, so Chance wants someone to keep tailing her. He needs to know her every move and remain updated on every person she contacts.

Over with Rey Rosales (Jordi Vilasuso), he lets Paul Williams (Doug Davidson) know he’ll need to lighten his workload. Rey isn’t willing to open up much, but Paul gathers that family has to come first. Next, Mariah Copeland (Camryn Grimes) catches up with Lindsay (Kirby Bliss Blanton). She knows Lindsay from the Matchbox bar, but Lindsay’s a new bartender at Society now.

Lindsay hears about Tessa Porter’s (Cait Fairbanks) tour before realizing Mariah’s hiding something. Mariah feels it’s complicated, but she admits she’s keeping a secret for someone. Lindsay offers guidance about there being some things beyond our control. She thinks Mariah’s being a great friend and can handle this like the “bad ass” she is.

On the private jet, Tanner Watts (Chase Coleman) and Tessa will sing a recent song of hers together. Afterward, Tanner will mention how his girlfriend is nothing like Tessa, but they make it work. Back in Genoa City, Mariah texts Tessa to say she loves her like crazy and misses her like mad. Tanner surprises Mariah by replying about Tessa’s soundcheck. He insists he’ll pass the message along.

Young And The Restless Spoilers: Tanner Watts And Tessa Porter Will Sing A Recent Song Together

Lindsay senses that Mariah’s unsettled, so she grills her and learns Tanner texted. After Lindsay goes on and on about the touring lifestyle of parties and hookups, Mariah claims she’s not worried about it. Lindsay argues that Mariah shouldn’t keep checking her phone every five minutes. Tessa’s out there living her life, so Lindsay thinks Mariah should live hers, too.

The Young and the Restless spoilers say there’s much more drama to come. We’ll give you updates as other Y&R news and rumors emerge. Stay tuned to see what else is brewing on the CBS soap.