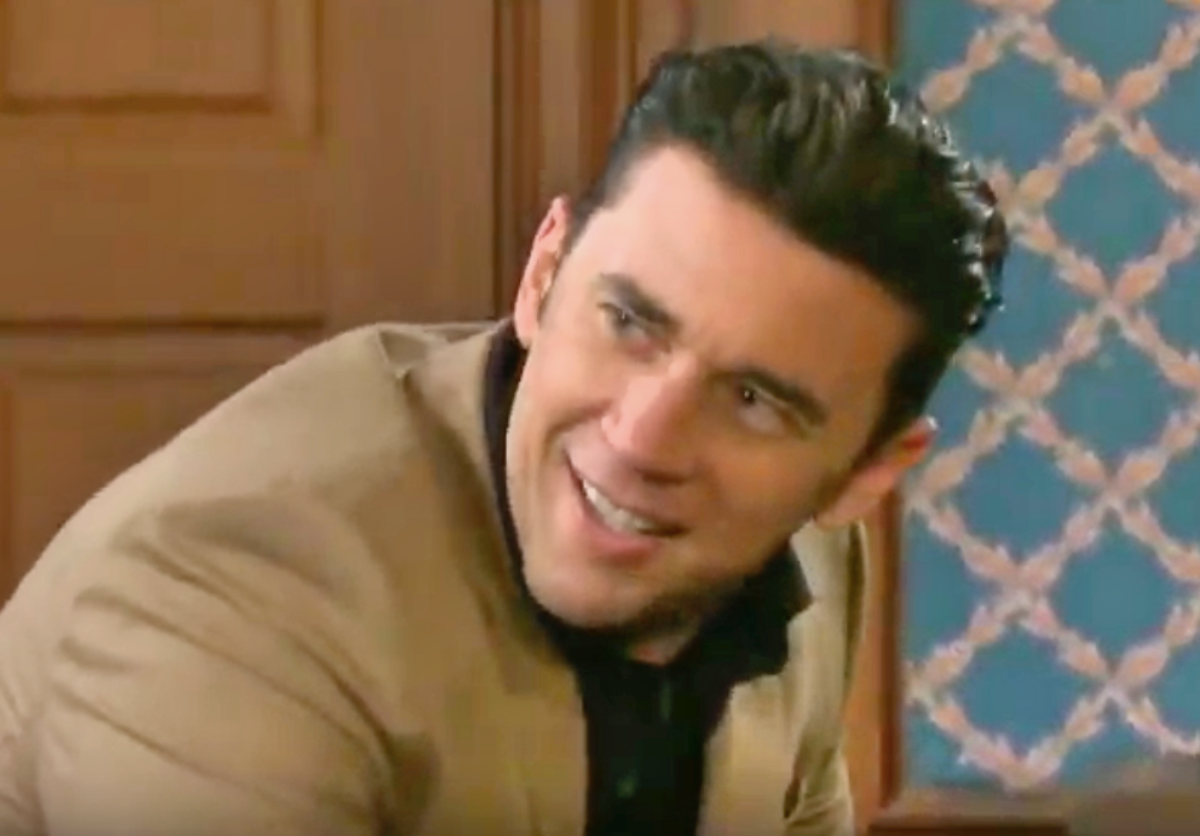 Days of Our Lives spoilers reveal Evan Frears (Brock Kelly) finally reveals his secret to Sonny Kiriakis (Freddie Smith). However, he doesn’t just use his words. The nanny has a secret identity and a weapon. How can Sonny get out of this dangerous situation? Plus, Chad DiMera (Billy Flynn) gets ready to carry our Stefan DiMera’s (Stephen Nichols) deadly wishes. But can he really go through with it?

DOOL spoilers reveal Evan has a secret after all. The whole reason why he was nervous about the extensive background check is that it would show that his real name isn’t Evan. The nanny’s true identity is Christian Maddox and he is in fact, baby David’s father. It is suggested that when the child goes missing, it is because he hides the little boy somewhere. But that isn’t all that he does.

Evan ends up confessing his secret and true identity to Sonny. Then he has a gun and basically orders Sonny to run away with him and baby David. That means he knows exactly where the child is and he’s responsible for killing Jordan Ridgeway (formerly Chrishell Strause).

How will Sonny get out of this situation? We are counting on Will Horton (Chandler Massey) to pop in and save the day. At least, that is what he hopes happens.

Days of Our Lives spoilers reveal on the other side of Salem, Chad will be dealing with his own drama. It has to do with his father. He gets ready to carry out a deadly demand, but what would make him agree to such a thing? Chad isn’t a killer so it’s unlikely he would do it just to be named the new CEO of DiMera Enterprises. Could Stefano have taken Abigail DiMera (Kate Mansi) and this is what he has to do in order to get her back? Nothing else really makes sense.

Days of Our Lives Spoilers: Justin and Marlena Negotiate With Stefano – Roman Blasts Kate For Helping The Enemieshttps://t.co/13XeXbfrsL

As for who Stefano wants dead, it could be John Black (Drake Hogestyn) or Gabi Hernandez (Camila Banus). They are both on Stefano’s hit list, but for very different reasons. If John really were dead, then it would be easier to get — and keep — Dr. Marlena Evans (Deidre Hall). As for Gabi, Stefano has asked Chad to get rid of her ever since he came back to Salem. In any case, Chad wouldn’t carry out a deadly demand unless his life — or the life of his family was at stake.

The Bold and the Beautiful Spoilers: Shauna In Limbo – Does Ridge Romance Still Have A Chance?