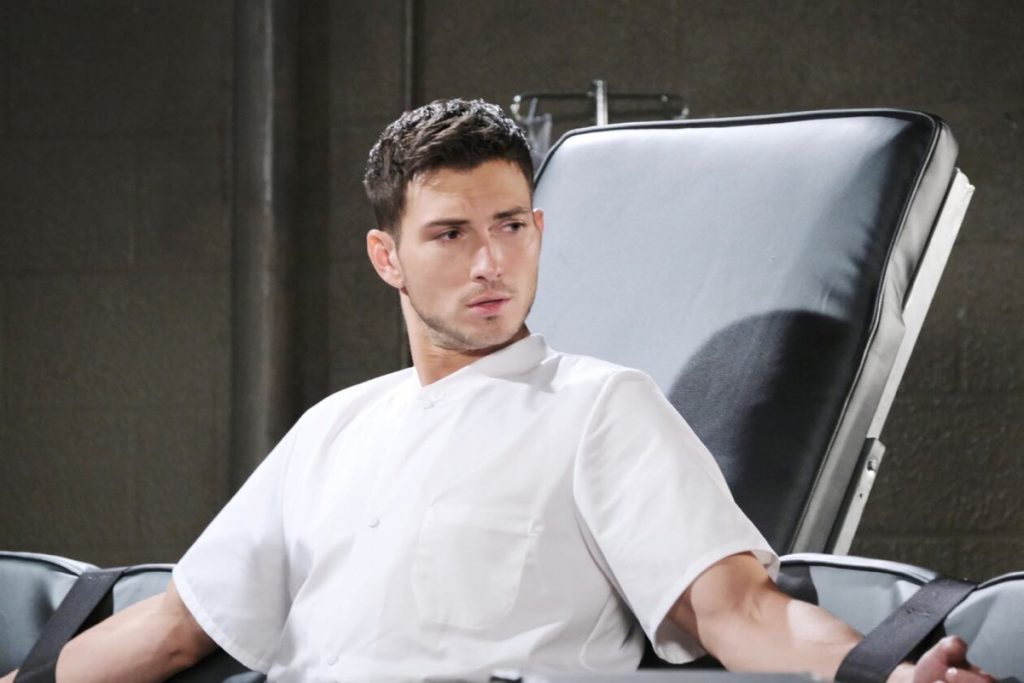 Days of Our Lives spoilers tease that Ben Weston (Robert Scott Wilson) will say goodbye to Clyde Weston (James Read) before his execution begins in an upcoming episode of Days of Our Lives!

DOOL Spoilers: Clyde Weston Has Never Been Father Of The Year, But He Is Ben Weston’s Father

Clyde may never have been father of the year, having been a mean, abusive father to Ben when he was a child, but when it came to prison life recently, he did try to help him escape to freedom. It was Ben’s choice to turn himself in and await execution, not wanting his girlfriend Ciara Brady (Victoria Konefal) face the criminal consequences for aiding and abetting a fugitive – namely himself, Ben Weston. She, having planned for Ben’s getaway beforehand with Clyde, it being Clyde’s idea, had been waiting for him on her motorcycle in the woods close to the prison the night of the escape.

But unless a last minute miracle happens and she is able to find the smoking gun that will stop the execution and set Ben free, he will die by lethal injection. So Ben tries to prepare himself for death, and prepares to say goodbye to Clyde.

Days of Our Lives Spoilers: Clyde Weston Doesn’t Understand Why Ben Weston Turned Himself In

Days of Our Lives Spoilers And Recap Thursday, February 27 – Will Returns Home, Maggie Apologizes To Justin, Ben Prepares For Executionhttps://t.co/Xz9OsrSHOA

Clyde doesn’t understand why Ben is back in Statesville. Ben updates him that Ciara and he hid out in the gatehouse on the DiMera property where they had lived, not knowing that Chad DiMera (Billy Flynn) was trying to renovate it to move his own family into, and Chad had discovered Ben and Ciara and gave them till the next morning to find another hideout, but Police Commissioner Rafe Hernandez (Galen Gering) had come looking for them earlier than expected, and they were still in bed!

Chad had tried to stall him but he wouldn’t be dissuaded from searching the gatehouse, which is where he figured they would go since they used to live there! Ciara had actually knocked him out with a baseball bat – which she could have killed him or injured him badly with, but apparently Rafe has a very hard head, not referring to the familial Hernandez stubbornness which his younger sister Gabi Hernandez DiMera (Camila Banus) so readily displays! Ben started running, but then realized that Ciara would be arrested for aiding and abetting at the very least, not knowing Rafe’s condition! So he came back to turn himself in at the Salem Police Station, even lying about him having forced Ciara to help him!

It’s the ninth hour and the clock keeps ticking down to Ben’s execution; he says goodbye to Clyde, and in a gesture awkward for Clyde to understand or accept, Ben forgives him for all the abusive things he did to him when he was a kid. This touches Clyde’s heart although he tries not to let it show and tries to maintain his tough exterior. In an unexpected move, Clyde reaches out to hug Ben, having to explain to the guards that this is his only son and he is on the way to the execution chamber….it’s a last goodbye. He’s allowed the hug!