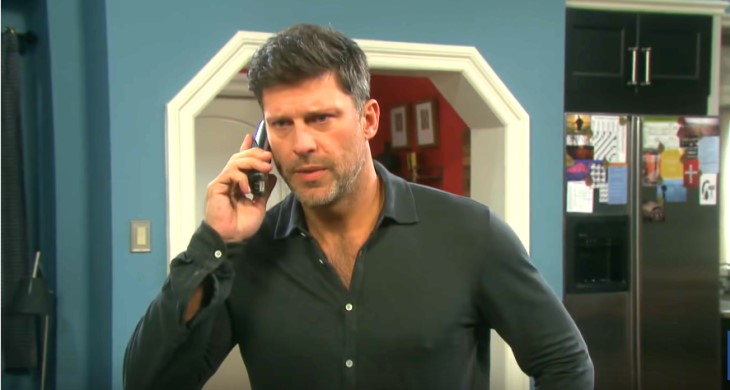 Days of Our Lives spoilers reveal that after finding out the truth, Eric Brady (Greg Vaughan) will prepare to tell Brady Black (Eric Martsolf) and Kristen DiMera (Stacy Haiduk) that their daughter is alive. This will be wonderful news for “Bristen,” but it will be painful for Eric and Sarah Horton (Linsey Godfrey). Plus, who should get Mackenzie “Mickey” Horton (the May twins)? Her real parents or who has been raising her?

The Days of Our Lives Spoilers – Eric Brady Heartbroken

DOOL spoilers reveal that Nicole Walker (Arianne Zucker) has heartbreaking and shocking news for Eric. After returning from her visit from Dr. Raynor (Victoria Platt), she tells Eric the truth. He reacts to being told that Mickey is not his daughter after all. Understandably, he is heartbroken.

While it is true that he is Mickey’s uncle and would remain a part of her life, he really thought he was a father. As long-time viewers know, he already dreamt of having his own children someday, so this is crushing to him.

After shedding some tears and saying goodbye to Mickey, Eric sets off to tell Sarah the news. However, it is the day of her wedding to Xander Cook Kiriakis (Paul Telfer). Details are still under wraps, so this could go one of two ways.

One possibility is that Eric can’t find Sarah, which leads to “Ericole” crashing the “Xarah” wedding. The second option is that Sarah doesn’t believe Eric and thinks he is making it up in order to stop her from marrying Xander.

Days of Our Lives spoilers reveal that after telling Sarah, Eric’s next goal is to inform Brady and Kristen that their daughter really isn’t dead. Obviously, they will be shell-shocked but overjoyed at the same time. However, this is setting up another branch to the storyline.

DOOL Spoilers – Who Should Get Mickey Horton?

Brady is a recovering addict and Kristen has a rap sheet a mile long, but they are Mickey’s biological parents.

On the other hand, Eric is a former priest (even though he did go to prison at one time) and Sarah is a model citizen and successful doctor. Eric only recently got in the picture, but Sarah has been raising Mickey since birth and that is who the child knows as her parents.

So, who should get custody of her? That is going to be a complicated court case if a custody battle takes place. Perhaps they could come up with an interesting agreement that will allow all adults involved to be a part of Mickey’s life. It seems to be the only fair thing to do in a case like this.