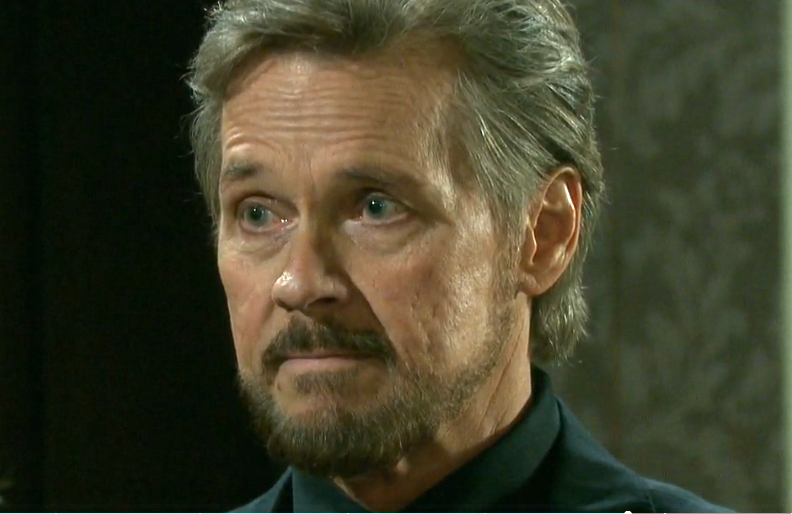 Days of Our Lives spoilers reveal Stefano DiMera (Stephen Nichols) is up to his old tricks. Just like he did in the past with Andre DiMera (formerly Thaao Penghlis), he will brainwash another son. Of course, we are talking about Chad DiMera. Actor Billy Flynn discussed the storyline and Chad trying to smother Gabi Hernandez (Camila Banus) and being ordered to kill Kate Roberts (Lauren Koslow).

DOOL spoilers reveal Stefano is back to his old tricks, especially when it comes to his own family. He previously asked Chad to take down Gabi and get rid of her. Then, the storyline shifted and went in another direction. It seems it is now being revisited

In the latest issue of Soap Opera Digest, actor Billy Flynn confirmed that Stefano has brainwashed Chad. There are several things that the DiMera patriarch wants Chad to do, which includes committing not one, but two murders.

Days of Our Lives spoilers confirm that Chad’s first order is to kill Gabi. As seen on Friday’s episode of the NBC soap opera, Chad walked into Gabi’s hospital room. She was sleeping and he picked up a pillow, prepared to smother her to death. However, he ends up getting interrupted when Rafe Hernandez (Galen Gering) shows up.

It is also confirmed that Chad will be ordered to kill Kate and this is most likely due to her betraying Stefano and Princess Gina von Amberg (Kristian Alfonso). Flynn explained that while the real Chad is trying to fight these urges, there is a part of him that is desperate to please his father.

“There are some parts of Chad that are fighting back but old ‘Stevano’ has a good hold on Chad… He’s got parts of him that are broken and one of those things is feeling this sense of loyalty to a family that he never really had. I think when it comes to his father, he’s easily susceptible, easily manipulated.”

It seems that we will see an inner tug-of-war go on with Chad, but which part will win? Fans will have to keep watching the NBC soap opera to see how this storyline plays out in the next few weeks.

The Young and the Restless Spoilers: Victor Picks Nick Over Untrustworthy Adam