Days of Our Lives Spoilers: Clyde Escapes And Turns Ben’s World Upside Down In The Process 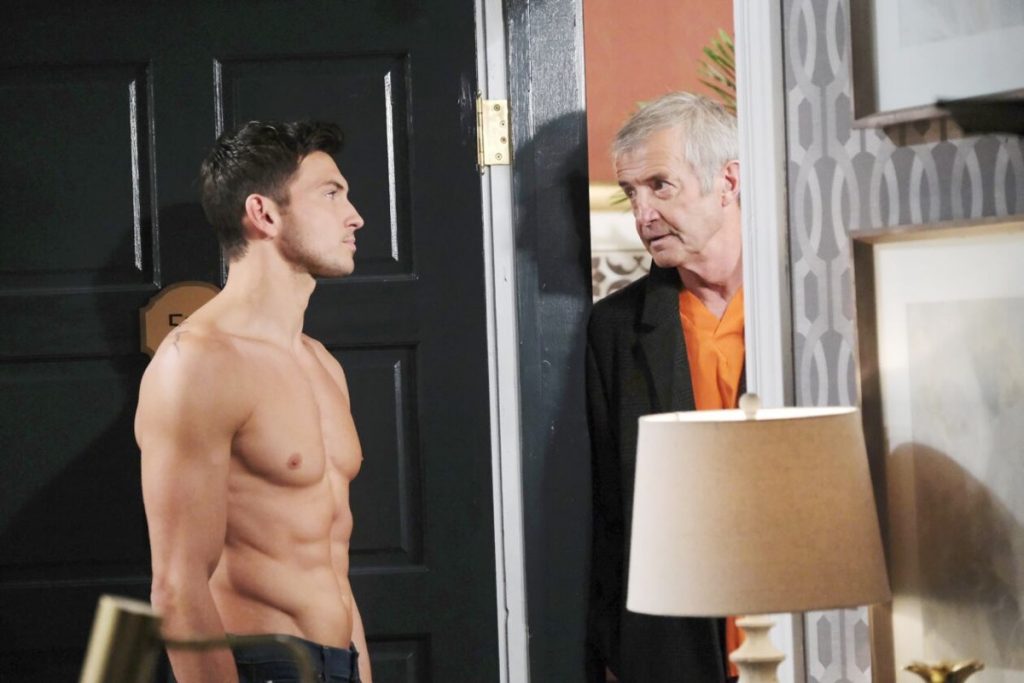 Days of Our Lives spoilers tease that Clyde Weston (James Read) will escape from Statesville Prison and turn Ben Weston’s (Robert Scott Wilson) world upside down in the process in an upcoming episode of Days of Our Lives!

DOOL Spoilers: Clyde Weston Escapes But Is Shot In The Head

Ben and Clyde may not have had the best father-son relationship in the world, but when it came down to it and Ben nearly died, Clyde tried to help avert the execution the only way he could – by helping Ben escape! It didn’t quite work but he tried. The history of Ben and Clyde is quite well known around Salem and pretty much everyone knows that it is not a good relationship and that Clyde was abusive much of the time as Ben was growing up – that’s why his older sister Jordan Ridgeway (Chrishell Stause) took him and ran away with him, and they ran all over the country trying to keep one step ahead of Clyde after Ben’s mother died! 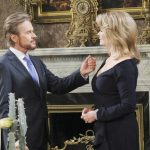 Days of Our Lives Spoilers: John Panics As Marlena Gets Another Procedure

Ben was devastated when he found Jordan dead – so devastated he didn’t think not to handle her body or leave his DNA all over her clothes. Ciara Brady (Victoria Konefal) didn’t think about it either, because she was too busy trying to comfort Ben!

Photo stills in one of the most recent editions of Soap Opera Digest show Clyde in his orange prison jumpsuit, laying on the floor in what may be the Kiriakis mansion, with a bullet wound to his head bleeding out on the floor, and the Days of Our Lives weekly preview promo shows Ben losing it and trying to strangle Evan Frears (Brock Kelly); could the two be connected? Could Ben find Clyde dead like he did Jordan and be quick to blame Evan?

Could Ben Weston Be Blamed For Clyde Weston’s Death?

Another way Clyde’s escape and apparent death could turn Ben’s world upside down is if the same thing happened as when he found Jordan; Ben being blamed for his father’s death! He would have motive – he would have means – and he would be presumed to have opportunity, since he and Ciara are now living in the Kiriakis mansion and the photo appears to be from there. As far as Ben having a gun, there are guns in the mansion – even if Ben doesn’t have one personally.

It is likely Victor Kiriakis (John Aniston) has one, Xander Kiriakis (Paul Telfer) definitely has one and if this did happen there, it is quite likely one of them shot Clyde because after all, he is in an orange prison jumpsuit and there has probably been something on the news about his escape! He would be considered armed and dangerous! Xander may have just been shooting an intruder as far as he was concerned, and Ben is an easy person to target for a murder, even if it wasn’t by strangulation like Jordan’s was!

The Bold and the Beautiful Spoilers: Penny Panics As Flo Interrogates And Investigates – Dr. Escobar Blows Up Sally’s Plan?