Days of Our Lives Spoilers: Stefano and Marlena In Bed Together – John’s World Collapses 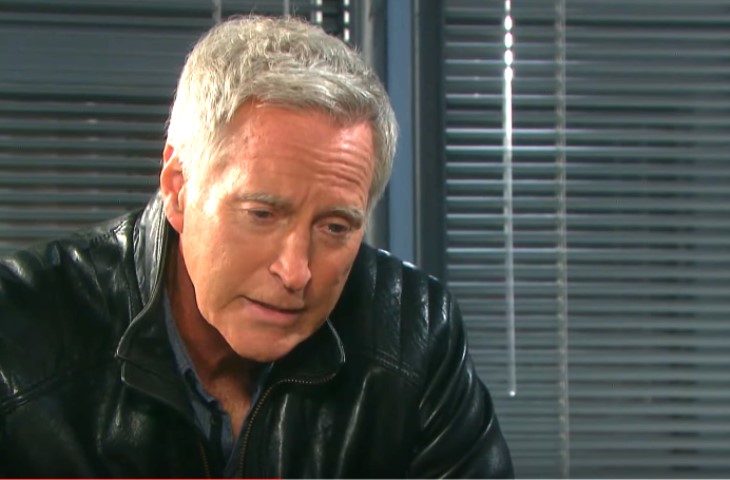 Days of Our Lives spoilers reveal that John Black (Drake Hogestyn) finally finds Dr. Marlena Evans (Deidre Hall). However, his worst fears come true as he bursts in and finds her in bed with Stefano DiMera (Stephen Nichols). Is it too late or has he gotten there right in the nick of time? Keep reading to find out what happens next with this disturbing storyline.

DOOL spoilers reveal that Stefano is getting closer to getting what he wants and that is his “Queen of the Night.” Even though Marlena has doubts and she isn’t transformed into someone else, the brain chip does make her easier to convince. It makes her more susceptible to the villain.

It seems that it is working as on Friday’s episode the wedding began, despite Tony DiMera (Thaao Penghlis) and Kristen DiMera’s (Stacy Haiduk) objections.

John isn’t searching for Marlena alone. He has the help of Brady Black (Eric Martsolf), Hope Brady (Kristian Alfonso), and Dr. Kayla Brady (Mary Beth Evans). As John suspected, Stefano and Marlena, are a lot closer than anyone thinks. In fact, they haven’t even left Salem — they are in the DiMera tunnels.

Days of Our Lives spoilers reveal that John ends up finding where Stefano and Marlena could be. As previously speculated, Hope has managed to retain a few important memories from when she was Princess Gina von Amberg. These will prove to be helpful and will lead John and the search time straight to the hideout.

In the latest issue of Soap Opera Digest, it is confirmed that John rushes upstairs and bursts in to find Stefano and Marlena in bed together. They are about to consummate their marriage, making John’s worst nightmare coming true.

DOOL Spoilers – Just In Time or Too Late?

However, will John get there just in time before anything actually happens or will he be too late? Head writer Ron Carlivati knows how passionate “Jarlena” fans are. It is likely that John gets there before Stefano is able to get intimate with his “Queen of the Night.” Don’t worry fans, John will save the day — and the woman he loves.

Are you looking forward to John finally rescuing Marlena from Stefano’s clutches? Will we also finally see the villain turn back into the real Steve “Patch” Johnson (Stephen Nichols)? Fans will have to keep watching the NBC soap opera to find out what happens next.