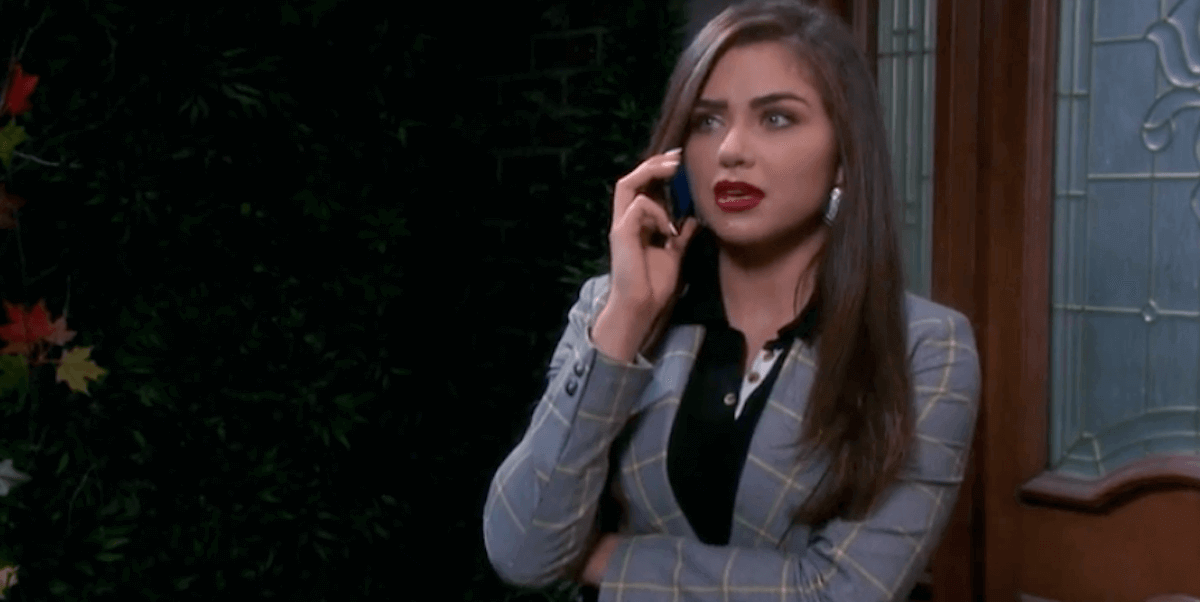 Days of Our Lives spoilers reveal Victor Kiriakis (John Aniston) finally tells the truth regarding a certain prison inmate. It isn’t Ben Weston (Robert Scott Wilson), but Will Horton (Chandler Massey). After learning the truth, Ciara is thunderstruck and disgusted with her grandfather. Can their relationship ever recover from this terrible situation?

All of this time, Ciara has been trying to find proof that Ben is innocent of murdering his sister. She overheard snippets of conversations, saw a confession letter from afar and observed suspicious behavior.

She was on the right track, but not to clear Ben’s name. All of this time, Ciara was chasing after two men who had nothing to do with Ben’s imprisonment, but they were guilty of someone else’s.

While recovering in the hospital, Ciara begs and pleads with her grandfather to tell her the truth. What he says shakes her to the core, though. She was expecting a confession to killing Jordan Ridgeway (formerly Chrishell Hartley) and framing Ben. However, Ciara ends up “thunderstruck” and “disgusted” when she learns the truth.

Days of Our Lives spoilers tease that Ciara suspected Victor and Xander Cook (Paul Telfer) were involved in Ben’s prison sentence from the beginning. She just assumed it and each week, she found another puzzle piece that seemed to confirm her suspicions. She has seen her grandfather do a lot of devious and dirty deeds, so it wasn’t far-fetched to think he was to blame.

What makes this even worse is that Will is an innocent man in prison and he is also family.

Days of Our Lives Spoilers: Is There a Road to Redemption?

The one common element in soap operas is there is almost always a way for characters to get redemption. Family is everything and even though Ciara can’t see her forgiving Victor right now, it will happen someday. It’s not a matter of if, but when. Perhaps he will find a way to get Ben out of prison or end up saving the life of someone Ciara cares for. We will just have to see how this conflict gets resolved.