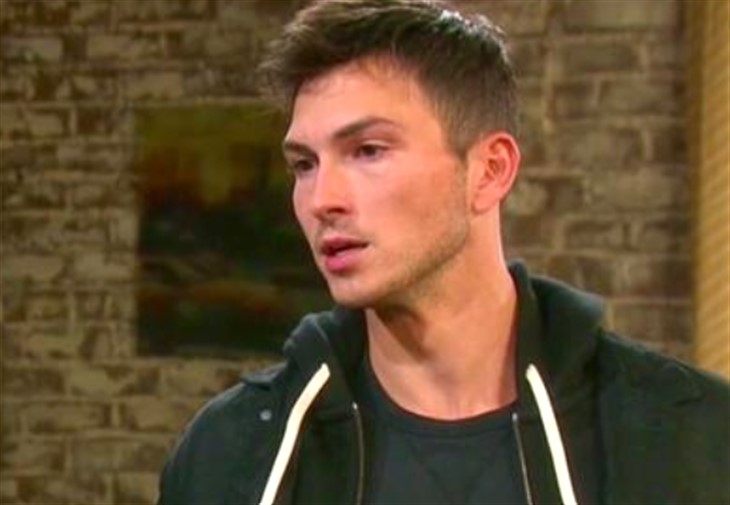 Days of Our Lives spoilers for November sweeps reveal that in Salem Ben Weston (Robert Scott Wilson) will have no choice but to accept Ciara Brady Weston (Victoria Konefal) is gone. Even though a part of him wonders if she somehow survived, he has still lost her. He will end up accepting it and move on with his life.

Days Of Our Lives Spoilers – Left With No Choice

DOOL spoilers reveal that Vincent Belman (Michael Teh) was about to tell Ben something before Shawn Brady (Brandon Beemer) showed up. However, head writer Ron Carlivati told Soap Opera Digest that Vincent just likes toying with the reformed serial killer. So, anything that Vincent was about to say was probably just a lie meant to intensify Ben’s torment. Now, Ben is going to have no choice to but accept that his wife is gone.

Speaking to Soaps.com, Carlivati teased that during November sweeps, we are going to see Ben actually go through the grief process. Specifically, it is time for him to accept that Ciara is gone. He might not truly believe in his heart that Ciara is dead, but she is still gone.

Days Of Our Lives Spoilers – Ciara Brady Weston Is Gone

Days of Our Lives spoilers reveal that the head writer explained what is in Ben’s future. He said, “The audience knows that we don’t have Victoria Konefal, at least right now. So if there’s even a little part of Ben saying, ‘Everything points to Ciara being dead, but I can’t let her go,’ how does he move on? His story becomes a lot about those efforts to move on. Who does he lean on? What support system do you turn to when you are going through this kind of grief? Dead or alive, you’ve lost the person you love.”

Even though soaps like to try and be unpredictable, there is a bit of a pattern with the writing. What is probably going to happen is that Ben will finally move on and get involved in another romance. Then, Ciara will suddenly show up alive.

Ben will suddenly find himself in a love triangle and have to choose who to be with. Ciara or the new lady in his life? We have seen this with many soap couples. It’s not a matter of if it happens, but when.