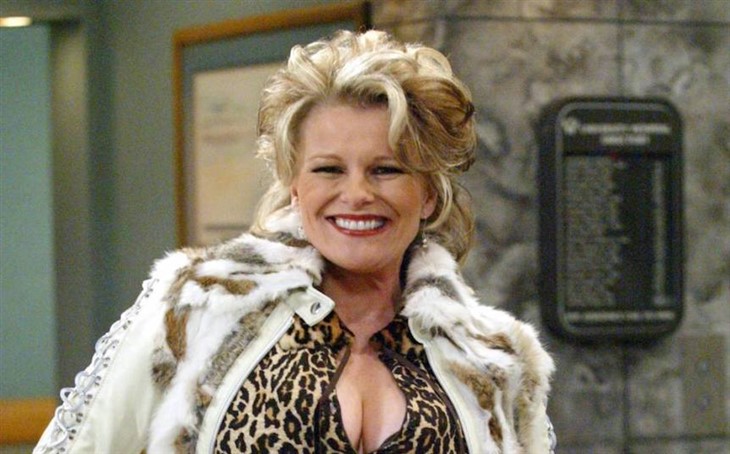 NBC Days of Our Lives spoilers and updates reveal that Judi Evans is coming back, but not as Adrienne Kiriakis. She will be playing Bonnie Lockhart. Even though there are some things about Bonnie that remain the same, expect some changes too. Keep reading to find out what the actress said about the character returning to Salem.

DOOL spoilers reveal that Evans is coming back as Bonnie and she couldn’t be more thrilled. The actress was devastated when her character died in a car crash. But at the same time, she knew it was possible to return as Adrienne’s lookalike. Speaking to Soap Opera Digest, Evans explains that there is one thing that stays the same about Bonnie. She still has a thing for Lucas Horton (Bryan Dattilo).

Even though there are some changes in Bonnie, don’t expect her to do a complete 180. There will be certain parts of her that are the same. Evans explained to the publication, “There’s a lot of the old Bonnie still right there.”

As fans recall, Mimi Lockhart’s (Farah Fath) mother was always scheming and causing trouble. She even impersonated her lookalike for a bit while allowing the real Adrienne to rot in prison. She has definitely taken part in some damaging schemes and Lucas was an unwilling participant in one of them.

Days Of Our Lives Spoilers – Challenging Return and Devastating Circumstances

Days of Our Lives spoilers reveal that when Bonnie returns, the first person she comes across is Justin Kiriakis (Wally Kurth). While he is visiting his dead wife’s grave, he sees Bonnie. Thinking that she is Adrienne, he impulsively grabs Bonnie and kisses her passionately. Bonnie was expecting certain reactions to her return, but she probably never anticipated that!

The fact that Bonnie looks exactly like Adrienne might be painful for Justin, Sonny Kiriakis (Freddie Smith), and Steve “Patch” Johnson (Stephen Nichols).

With Salem’s bad boys and girls, there is always the question of redemption. Are we going to see Bonnie suddenly become a respectable woman? That remains to be seen, but Evans did tease that it is possible. But if it happens, it won’t be right away. The actress said “She still has a long way to go to be a redeemable person. But there’s a journey for her too.”

Now, we have to wonder if Lucas will help her on that journey, or if the two will end up getting together once she’s been redeemed. Or here is another possibility — perhaps Bonnie and Justin end up getting close. Hey, stranger things have happened, especially in Salem!

Be sure to catch up on everything happening with DOOL right now. Come back here often for Days of Our Live spoilers, news, and updates.