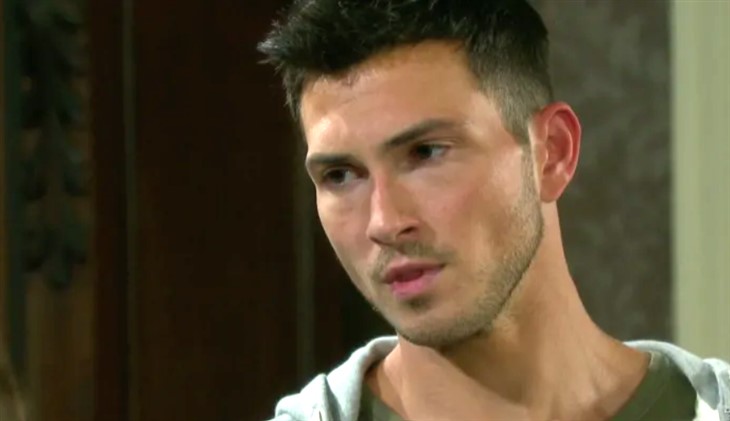 Days of Our Lives spoilers for the week of August 10 reveal that Ben Weston (Robert Scott Wilson) is rescued and back at home. However, things are not all fine and dandy. He will keep having recurring nightmares about strangling his new bride, Ciara Brady (Victoria Konefal). Could he actually end up murdering her because of Eve Donovan (Kassie DePaiva)?

DOOL spoilers reveal that Eve is the person who hired Vincent (Michael Teh) to blow up Ben and Ciara’s wedding. He is also the person who was paid to kidnap the groom and bring him to New York. Now, we are finding out about Eve’s sinister plan in order to make Ben suffer as much as she did when Paige Larson’s (True O’Brien) life was taken.

It is teased that Chloe Lane (Nadia Bjorlin) will come to Salem with key information about Ben’s captors. It will lead Ciara, Claire Brady (Olivia Rose Keegan), Hope Brady (Kristian Alfonso), and Shawn Brady (Brandon Beemer) to go to New York to search for Ben. Now, it is confirmed that Hope and Ciara will find Ben. However, it is implied that they might be too late.

As we previously speculated, that doesn’t necessarily mean Ben’s death. It could indicate something much worse than dying.

Days of Our Lives spoilers from TV Guide reveal that Ben is back with Ciara. So, he does end up getting rescued. However, things are far from fine. It almost seems like Ben and Ciara will go through more challenges stemming from Vincent and Eve’s sinister scheme. In fact, there is a theory that Vincent has learned from his mentor, who just happens to be Dr. Wilhem Rolf (William Utay).

TV Guide listings state that Ben will be horrified by disturbing nightmares. He keeps having the same dream — of him strangling the woman he loves the most in the entire world. However, is this just trauma or could Vincent and Eve’s torment cause him to kill Ciara?

It is something fans are worried about since Victoria Konefal announced she is leaving the NBC soap opera. But it would be a cruel ending and it would cause Hope to lose another child. We just don’t think she could go through that again, especially since Bo Brady (Peter Reckell) is gone, too.