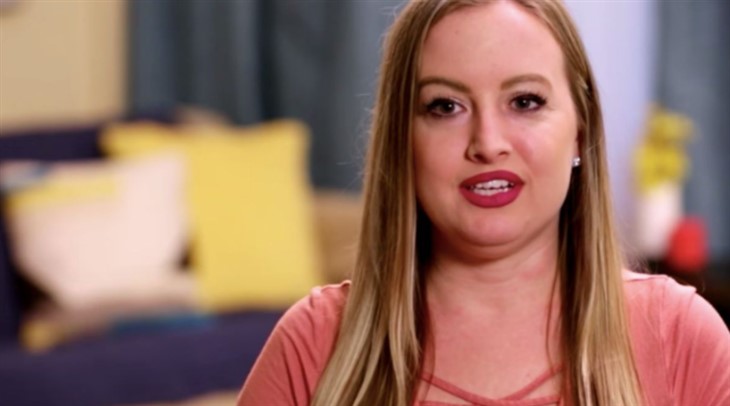 TLC’s “90 Day Fiancé- Happily Ever After” star Elizabeth Potthast Castravet’s mother, Pamela Putnam, is not happy with a photo of Andrei Castravet he recently posted on Instagram, which fans swarmed thinking it was a smoldering, sexy pose! Well, “sexy” is in the eyes of the beholder, and Pamela apparently thinks he looks bored and has too much time on his hands, and commented, wanting to know when he was going to get a job!

Andrei’s “sexy” photo shows him sitting in a lawn chair outside in the yard, his hair slicked back, wearing black jeans, and what many fans thought was a “smoldering” sexy look on his face. He captioned it “Afternoon Vibes in Tampa”. Fans commented how incredibly sexy he is, raved about his good looks, one commented “Omg” and asked if he could not be so hot, others commented how handsome and manly he looks, and more than one deemed Andrei the hottest and sexiest guy of the “90 Day Fiancé” franchise. 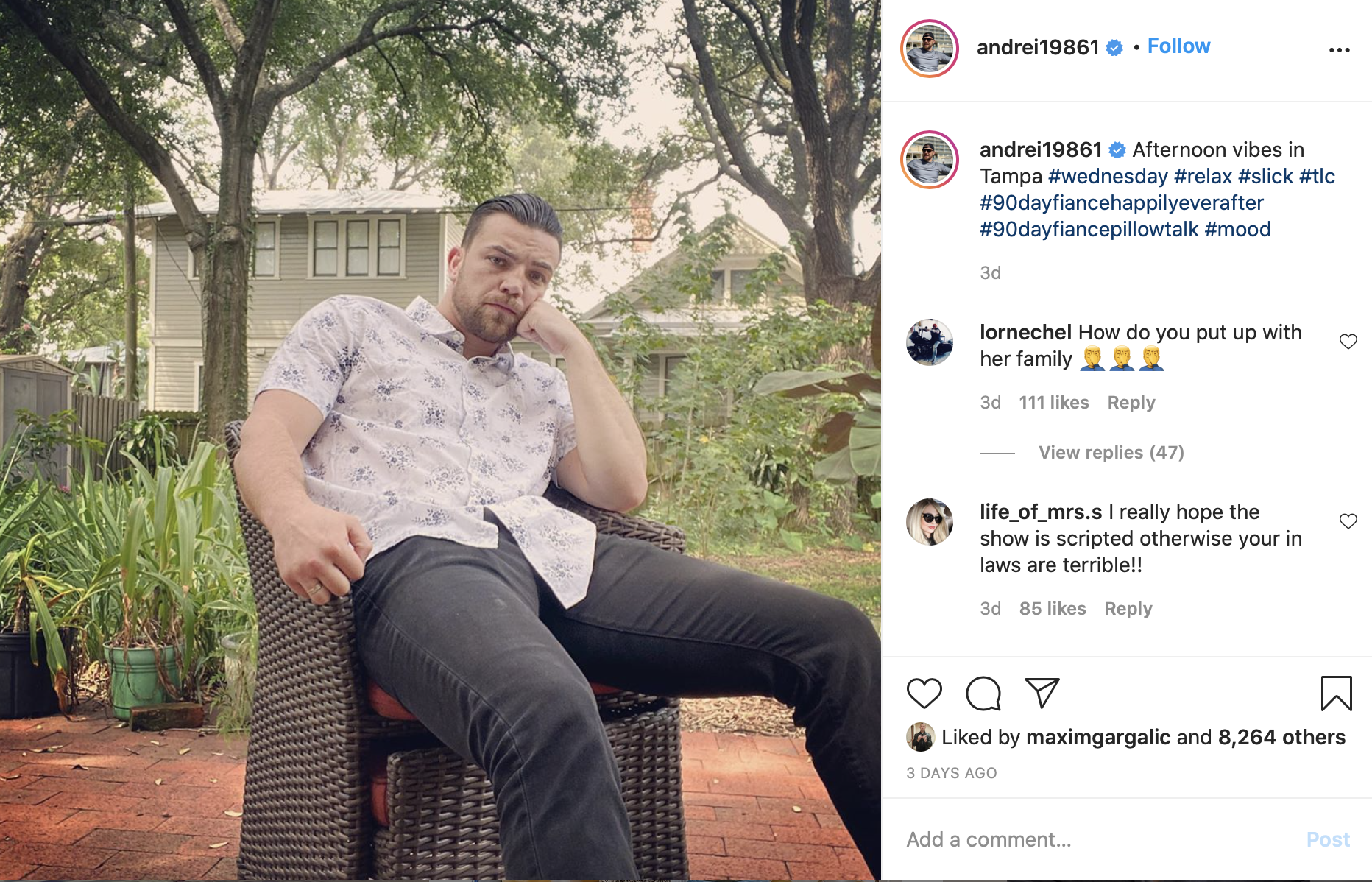 They just couldn’t get enough of Andrei, although a minority didn’t agree, thinking that title may belong to Alexei Brovarnik. Others, however, took digs at his in-laws, obviously not realizing Elizabeth and some of the in-laws might be reading their comments; one asked how Andrei put up with Elizabeth’s family! Others accused them of xenophobic behavior while in Moldova, calling them out for their complaints about the native dishes and calling them trash compared to American cuisine.

Other fans complained to Andrei about his ongoing situation of unemployment, which has at times been a huge issue between himself and Elizabeth, but certainly between Andrei and his in-laws, including Chuck and Charlie Potthast, and her sisters, Becky Lichtwerch and Jenn Davis, and her sister-in-law Megan Potthast. This time the usually silent Pamela, Elizabeth’s mom joined in on the comments about his unemployment as well, wanting to know when he was getting a job. She commented she hoped that the photo was for a job interview – possibly a modeling job since she owns a talent agency in Florida.

Critical fans made comments like Andrei was living with a silver spoon in his mouth off of his in-laws’ money, another wished he had a sugar mama to support him so he could lounge around all day, another speculated Andrei was probably relaxing while Elizabeth was at work. A few fans struck back at Pamela, telling her to cut the apron strings because Andrei’s choice to be a house husband was between himself and Elizabeth, not him and his wife’s “mommy!”

Others thought she was just teasing him while others wondered if she was trying to stir up even more Potthast family vs Andrei drama, possibly in an effort to sway TLC into giving them their own spinoff! One even wanted to know how much TLC pays them to throw spears at Andrei to provide extra drama for the show! TLC is working on at least two new spinoffs, one of them being called “90 Day Fiancé-HEA Strikes Back!” so if Andrei’s in-laws don’t get a whole show, they will likely be featured on that one!