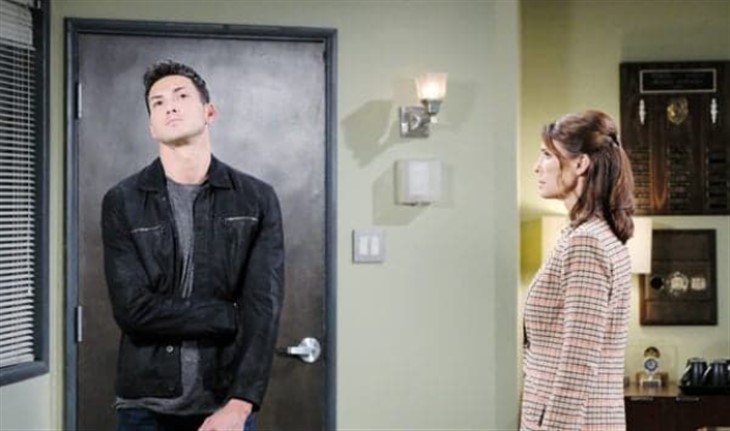 Days of Our Lives spoilers for the week of September 28 reveal that Hope Brady (Kristian Alfonso) and Ben Weston (Robert Scott Wilson) finally track down Vincent Belman (Michael Teh). There is an explosive confrontation between Ben and Vincent, but what will he reveal about Ciara Brady Weston (Victoria Konefal)?

DOOL spoilers reveal that everyone in Salem is sure that Ciara could not have survived the explosion. Even though authorities “confirmed” Ciara died in the blast, Hope came across information in the finalized lab reports. It made absolutely no sense, but there are other things that happen that lead some to wonder if Ciara is actually alive somewhere.

As fans recall, Ben began having dreams of Ciara. Some of them were memories and others were of what their future life could have been like. This includes Ciara announcing her pregnancy. Ben’s dreams start to become very vivid and realistic. Then, she asks him how he got their rings in the dream.

Even though he views this as confirmation that she is gone forever, it could really mean the opposite. Perhaps Ciara was trying to send Ben a message through his dreams. It wouldn’t be that far-fetched for a soap that resurrects the dead and does “essence” implants. After all, John Black (Drake Hogestyn) seemed to telepathically communicate with Dr. Marlena Evans (Deidre Hall). It was when she was being held hostage by Stefano DiMera, who was actually Steve “Patch” Johnson (Stephen Nichols).

Days of Our Lives spoilers reveal that Hope will have a gut feeling that her daughter is really alive. This, along with the lab reports and Ben’s dreams lead the two of them on a search to find Vincent. If they can find him, then they stand a chance of also locating Ciara… if she is even still alive.

During the week of September 28, Hope and Ben will get a victory. They end up tracking down Vincent and cornering him. Ben ends up having an explosive confrontation with the madman that kidnapped Ciara. However, will they also find the “dead” bride?

If Vincent doesn’t give up any information, how will they find her? Well, we will just have to keep watching the NBC soap opera to see how this story develops over the next few weeks.