Days Of Our Lives Spoilers: Ava Threatens Allie, Who Unleashes Her ‘Inner Sami’? 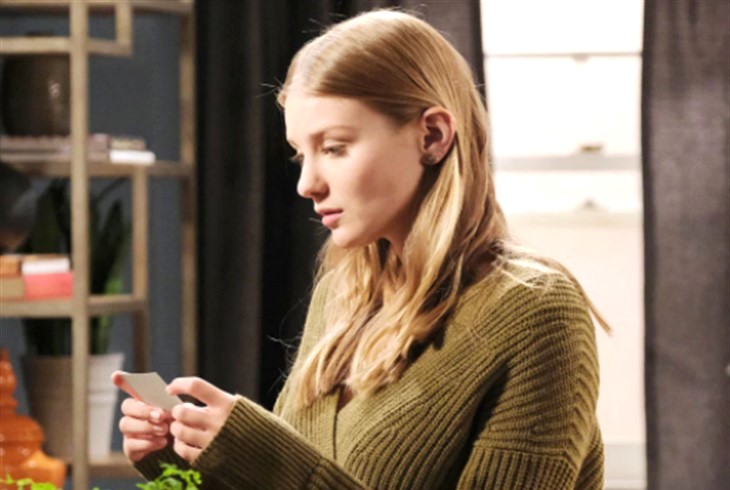 Days of Our Lives spoilers reveal that in Salem Tripp Dalton (Lucas Adams) admitted to wishing his mother were around. He is in for a shock when Ava Vitali (Tamara Braun) shows up alive and well. However, Ava’s idea of handling the rape accusation might not be what Tripp had in mind. With that being said, Allie Horton (Lindsay Arnold) might be tougher than she seems.

During the week of November 16, Ava will take care of business in Salem. She will also take the time to handle her personal affairs. She pays a visit to Steve, which will send him reeling. Not only have Steve and Kayla gone through so much turmoil because of Ava, but she’s supposed to be dead.

It is confirmed in Soap Opera Digest that Ava will learn that her son has been accused of rape. Head writer Ron Carlivati told the magazine that Ava “will have something to say about that.” He also teased that the “Mama Bear” in Ava will come out.

Days of Our Lives spoilers reveal that Allie was told by DA Melinda Trask (Tina Huang) that she won’t file rape charges. She explained that the crime happened in another country and Allie needs to go there to pursue justice. Next week, Tripp will try to persuade Allie not to talk to the London authorities. Meanwhile, Ava will probably have her own idea of how to fix her son’s problem.

Ava could try to sway Allie not to file a police report in London, but it probably won’t work. Allie wants justice and for the person who raped her to pay the price. When Ava’s “strong suggestion” doesn’t change Allie’s mind, the villain could get nasty and use threats. Even though Allie looks like a girl who will be easily silenced, appearances can be deceiving.

Last month, it was confirmed that we will see that Allie is a lot like her mother, Sami Brady DiMera (Alison Sweeney). Could Ava end up triggering Allie’s rage and bring out her “inner Sami?” If so, there could be a war in Salem… at least until Allie’s real rapist is identified.

Be sure to catch up on everything happening with DOOL right now. Come back here often for Days of Our Live spoilers, news, and updates.