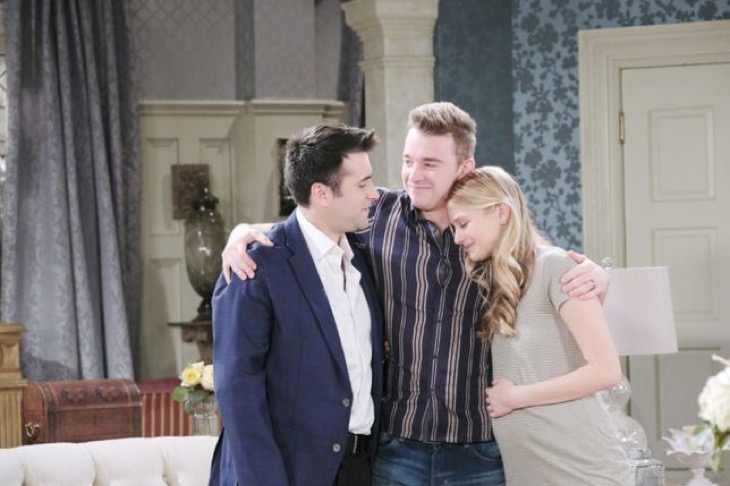 NBC Days of Our Lives spoilers and updates reveal that Allie Horton (Lindsay Arnold) has decided to give up her baby. Will Horton (Chandler Massey) and Sonny Kiriakis (Freddie Smith) are not chosen. It is speculated that Rafe Hernandez (Galen Gering) declines to adopt the newborn. So, who else is Allie considering to be parents to her unborn baby?

Will Horton and Sonny Kiriakis Disappointed

DOOL spoilers reveal that Will and Sonny are hoping to adopt Allie’s baby. However, it is teased that they will be disappointed when Eric Brady (Greg Vaughan) delivers some news. It is Allie’s decision and unfortunately, she didn’t pick “Wilson” to be the adoptive parents.

Furthermore, DaysCafe also reveals that the couple will have to come up with another plan to expand their family. So, it seems they don’t get to adopt Allie’s baby.

Allie thinks that Rafe would be a wonderful parent to her child. She decides to suggest that he adopt her child. We don’t know what his answer is, but there’s speculation that he actually declines. He just lost David Ridgeway (Caleb and Kyler Ends) and isn’t ready to open his heart again.

Days of Our Lives spoilers reveal that this will force Allie to go back to the drawing board. It’s possible that she goes to Will and Sonny to see if they would be interested. However, if they come up with another plan to add to their family, then perhaps the subject is dropped. So, if “Wilson” doesn’t get chosen and Rafe declines, then who could get the unborn child?

A fan on Daytime Royalty Online suggested that perhaps Eric and Nicole Walker (Arianne Zucker) could adopt Allie’s baby. This would make sense, as they are taking care of the young lady right now. They are trying to guide her in the right direction and support her decisions. While there was conflict early on with Eric, Nicole seems to be really giving Allie the support she needs during this time.

Eric has always dreamed of having a child of his own. He is a father figure to Nicole’s daughter, but missed out on the early years. Then, he was thrilled to learn he was the father of Sarah Horton’s (Linsey Godfrey), but then found out their child actually died.

As for Nicole, she isn’t supposed to be able to have children. She didn’t physically give birth to her daughter. Chloe Lane (Nadia Bjorlin) became a secret surrogate, which was later revealed. So, it would be a huge gift to both Eric and Nicole if they were entrusted to raise Allie’s baby. It certainly seems like this might be a possibility. Who would you like to see raise the baby? Would “Ericole” be a good choice?