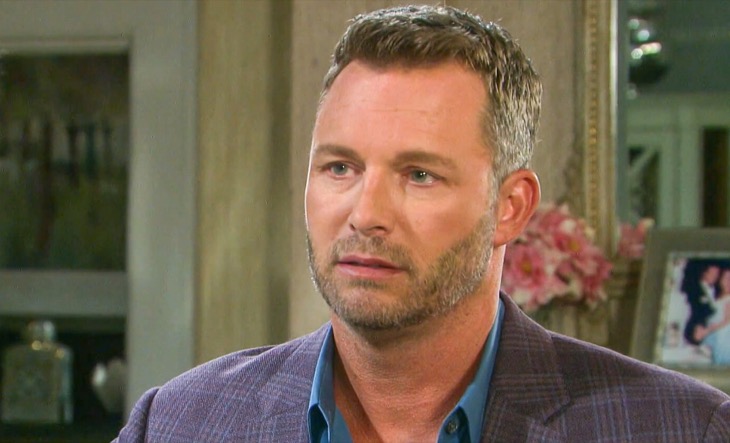 Days of Our Lives spoilers for the week of June 29 reveal that Brady Black (Eric Martsolf) will finally allow himself to feel something other than anger. He completely breaks down emotionally over losing his family. Dr. Marlena Evans (Deidre Hall) does her best to console Brady. Will he ever be reunited with Kristen DiMera (Stacy Haiduk) and their baby girl?

DOOL spoilers reveal that Brady and Sarah Horton (Linsey Godfrey) have been focused on getting revenge. Their mutual rage over what has been done to them is understandable. However, trying to get vengeance will only fuel their hatred and could backfire. During a recent episode, Sarah pondered the thought of letting it go and just moving on with their lives.

Next week, expect Kristen to sneak back into Salem. However, she’s not there to see Brady and doesn’t appear to have the baby with her. Kristen disguises herself as a nun to see Lani Price (Sal Stowers) on her wedding day. The actress said Kristen will only be there for a “moment.” However, that doesn’t mean she isn’t due to come back in the near future.

What Kristen doesn’t realize is that Brady is striking a deal with Victor Kiriakis (John Aniston) to get the charges dropped. Once Kristen is no longer a fugitive, then she can be free to come back to Salem.

Days of Our Lives spoilers reveal that Brady will finally allow himself to feel something besides resentment and rage. He ends up having an emotional breakdown when he can no longer hold in his feelings. Losing Kristen and their baby has been devastating for him and he wants nothing more than to have his family back.

Thankfully, Marlena is nearby and will try to console Brady. In fact, expect her to give him some valuable and useful advice.

Days of Our Lives Spoilers: ‘Bristen’ and Baby Reunite

According to Daytime Royalty Online, Brady will finally get his wish during the week of June 29. Kristen will leave Salem after visiting Lani. However, Brady and Victor work together to make it possible for Kristen to return. It is teased that “Bristen” and baby Rachel will finally be reunited. But don’t expect the drama to be over. Brady and Kristen will have a lot to deal with and there could be obstacles to them getting their happily ever after.

Bold And The Beautiful Spoilers: Expect These Big Cast Changes When B&B Returns