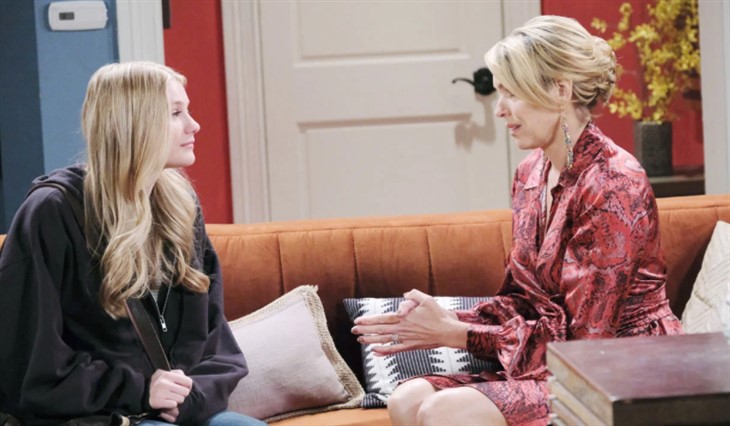 NBC Days of Our Lives spoilers indicate that someone is about to get a new roommate! As Eric Brady (Greg Vaughan) decides that it’s time for him to take a break from all the chaos and non-stop drama in Salem, Allie Horton (Lindsay Arnold) decides to move in with Nicole Walker (Arianne Zucker). Here’s what you need to know.

According to the latest edition of Soap Opera Digest, Nicole knows that Eric is struggling about returning to the Congo to help villagers he knows there. Even though Eric says that his heart will always belong to Nicole and their daughter Holly, the beautiful blonde knows that he is aching to go back. That’s when she gives him her blessing to go.

Speaking to Soap Opera Digest in a new interview, Nicole Walker, who plays Nicole Walker on the hit NBC soap, puts it this way, It’s surprising that Nicole has matured the way she has. I think she’s finally found security with herself and in this relationship, she has with Eric, so she can feel for him and what he wants.

He’s eager to say no to going back to the Congo, but in her eyes, it’s only temporary and he’s doing some good in the world, and I think that’s why she’s so in love with him and the man he is.”

Meanwhile, Allie returns to town and is shocked to find out that her mother has custody of her baby. Of course, Allie wants the decision overturned, but Nicole doesn’t think it will make much of a difference. But at the same time, Nicole feels as though she didn’t put up much of a fight with Sami Horton (Ali Sweeney).

However, DOOL spoilers say that Sami will have a new pitch to Allie: she will agree to let Nicole raise her grandson but only if Allie lives with Nicole. Now, what happens next, remains to be seen. Days of Our Lives fans will have to tune in for all of the action!