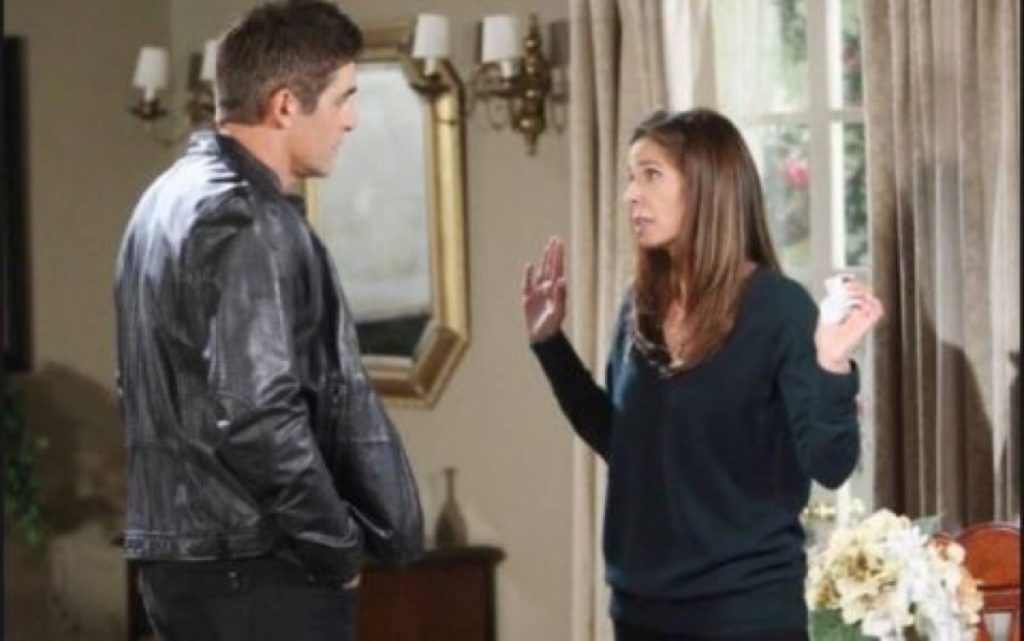 Days of Our Lives (DOOL) spoilers tease that Hope Williams (Kristian Alfonso) is finally back in control of her body. After a year and a half of Princess Gina taking over due to a microchip implanted by Dr. Wilhelm Rolf (William Utay), Hope is back!

Although it wasn’t her fault, Hope will believe that she has a lot to make up for. And she will likely be grateful to her former husband, Rafe Hernandez (Galen Gerring) for being suspicious enough of Princess Gina to call Hope’s son, Shawn Brady (Brandon Beemer), who was able to figure out what was going on.

Days of Our Lives – Hope Williams offers her help!

Once she is released from the hospital, look for Hope to offer her help to Rafe, who has plenty of his own drama going on right now. He was ready to adopt David Ridgeway when Evan Frears (Brock Kelly) revealed himself as David’s father and took off with him. David remains under the watchful eye of the Salem PD, but he has given the little boy to his father Orpheus (George DelHoya) while he is under police scrutiny.

Hope and Rafe are aware the Orpheus is a dangerous criminal. Once a former ISA agent, he blamed Roman Brady (Josh Taylor) for the death of this wife. He has also kidnapped Kayla Brady (Mary Beth Evans) and Marlena Evans (Diedre Hall) and was almost successful in burning them alive, but fortunately they were rescued. Thanks to Ben Weston (Robert Scott Wilson), Rafe knows who he is dealing with.

Days of Our Lives – Hope Williams is an expert Police officer

Hope was an excellent police officer, and was the Police Commissioner for a long time. IF anyone is qualified to help find Orpheus and David, it would be Hope. And with Hope feeling so guilty about Princess Gina’s reign of terror, look for her to immediately volunteer. Hopefully, they will be able to find David and apprehend Orpheus before any damage is done!

Will Hope offer her help to Rafe? Will they be able to find Orpheus and stop him before he can do any harm? Will David be returned to Rafe’s loving arms? Only time will tell, so stay tuned to Days of Our Lives airing weekdays on NBC. And don’t forget to check back here regularly for all your Days of Our Lives news, information, and spoilers!