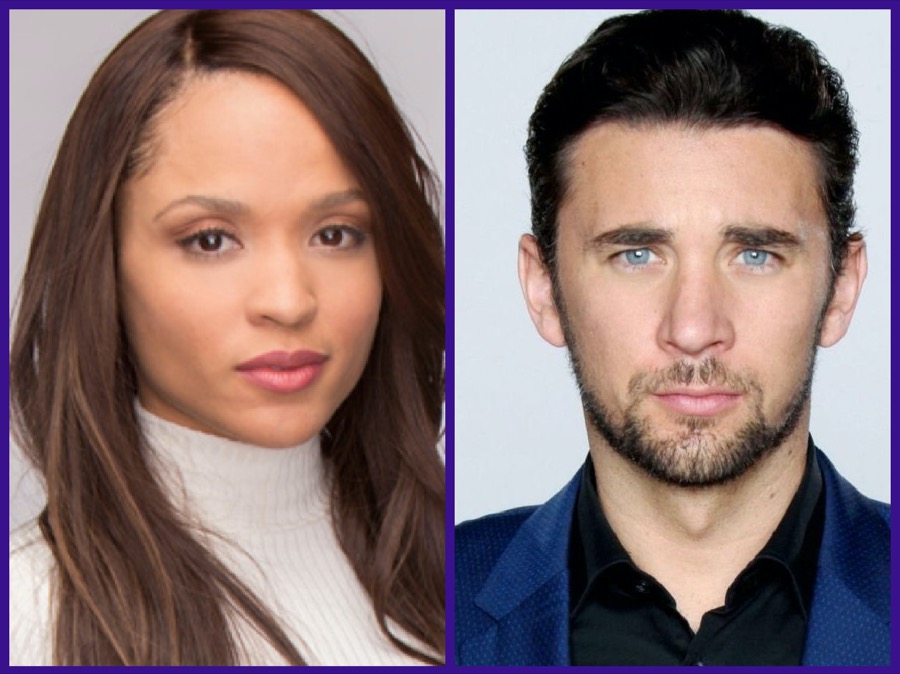 NBC Days of our Lives spoilers reveal that a couple of contract stars were involved in a recent episode of the exciting series Johnno and Michael Try a Soap Opera which stars Johnno Wilson and Michael Strassner.

Who are the lucky twosome? Sal Stowers, who plays Lani Price, and Billy Flynn who plays Chad DiMera, were the actors who guest-starred in an episode of the series which focuses on evil siblings, drama, and deceit.

DOOL Spoilers – Lani Price is having a hard time

On DOOL Stowers’ character, Lani is having a rough time of it with her partner Eli Grant (Lamon Archey). They are expecting twins and now should be a time of celebration but Elani is on the rocks.

That’s because Lani sheltered Kristen DiMera’s (Stacy Haiduk) baby when she came to town illicitly. Lani and Kristen are besties (go figure) but Eli arrested her when he found out she was in town. This seriously insulted Lani’s sense of justice and the couple are struggling to be civil at the moment.

Can these two lovebirds make up before Lani’s due date? We hope so as Lani will need all the help she can get with twin newborns.

Days Of our Lives spoilers – Chad DiMera Is In The Weeds

Billy Flynn’s character Chad DiMera isn’t faring much better in Salem than Lani is these days. His wife Abigail DiMera (Marci Miller) is fresh out of the sanitarium but she is far from being out of danger. That’s because her enemy Gwen Rizczech (Emily O’Brien) is living in their house. Neither is aware of what Gwen is really up to!

Days Of Our Lives Spoilers: Allie Moves In With Nicole – Sami Makes Daughter A Deal, Can She Trust Her? #Days #DOOL #DaysOfOurLives https://t.co/Ze5TvDoFXE

At the same time, Jake Lambert (Brandon Barash) is also in the house. He is Chad’s heretofore unknown twin and it is debatable at this point as to whether he is the good twin or the evil twin.

What does the future hold for Chabby? Fans are wondering since there was recently a change in the actresses who portray the character. Miller stepped in again after Kate Mansi left and she has done a stellar job of easing right back into the role.

Be sure to catch Flynn and Stowers in their new project Johnno and Michael Try a Soap Opera!

Meghan’s Cheerleader At it Again – ‘Duchess Is Going To Be President In 2024!’