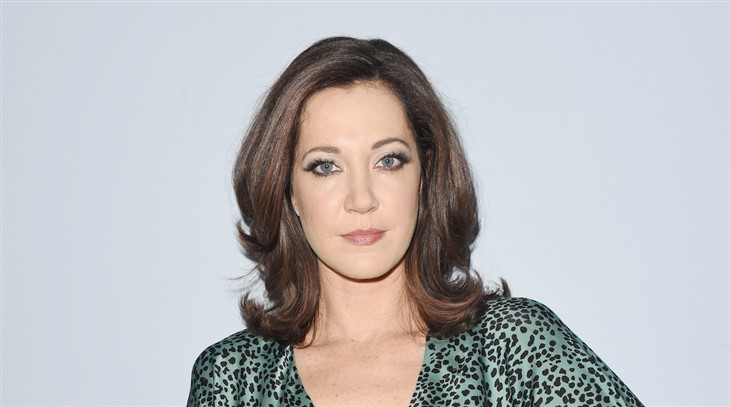 Days of Our Lives actress Heather Lindell is back as Jan Spears and trouble is bound to follow. During an interview, the actress talked about how she hasn’t really been acting. Plus, she hasn’t appeared on the soap in 15 years. So, getting a call after all this time led her to assume it was a joke. She said, “I don’t know how they found me!”

Days Of Our Lives Spoilers – What Happened To Jan Spears?

Many years ago on DOOL, Jan was a teen along with the other Salem youth. She became obsessed with Shawn Brady (Brandon Beemer) and bullied Chloe Lane (Nadia Bjorlin). She also made Belle Black’s (Martha Madison) live a living hell. But that was so long ago and everyone has grown up. Unfortunately, not everyone has moved on.

Lindell ended up receiving a call to come back to the NBC soap opera 15 years after she last appeared. She appeared on the DOOL app in the companion web series, which brought the Salemites back together for a reunion. However, someone was after them with murderous intentions. That person was none other than Jan Spears.

Days Of Our Lives Spoilers – Heather Lindell: ‘I Don’t Know How They Found Me’

In the latest issue of Soap Opera Digest, Lindell talked about coming back to Days of Our Lives. She said,

“I thought it was a crank call at first. I hadn’t really been acting and I don’t really know how they found me. Definitely, after 15 years, I was like, ‘I’m never going back; they would have brought me back already’ but I should have known that in the world of soaps, it can happen at any point.”

Dool Spoilers – Returning To Days of Our Lives

It is Sami Brady’s (Alison Sweeney) doing that led to Jan’s return. She wanted to put a nail in Nicole Walker’s (Arianne Zucker) coffin and make sure that her enemy didn’t get custody of the baby. However, Sami’s actions will have consequences for everyone around her. This includes Shawn, Belle, Dr. Marlena Evans (Deidre Hall), and an unsuspecting Claire Brady (Isabel Durant). The reformed pyromaniac will get befriended by Jan, who encourages her to “open up.” However, it could be Claire’s biggest mistake.

What do you think is going to happen with Jan Spears? Are you looking forward to seeing a blast from the past with Heather Lindell’s return?

Days Of Our Lives Spoilers: Ben’s Life After Ciara Discussed By Head Writer