Days Of Our Lives Spoilers: Ben’s Life After Ciara Discussed By Head Writer 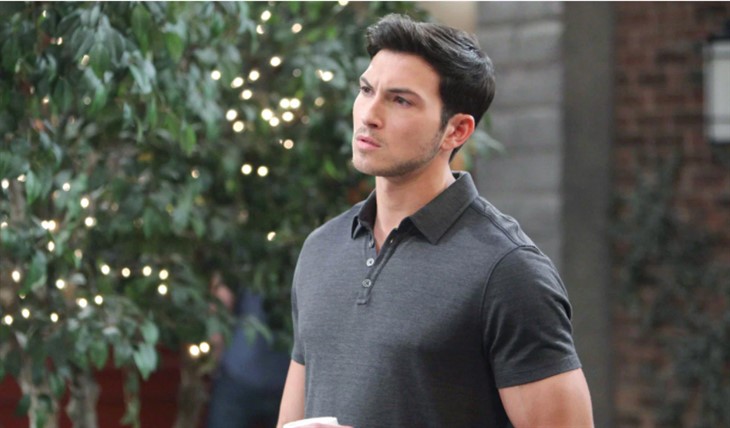 CBS Days of Our Lives spoilers reveal that Victoria Konefal is leaving. Even though Ciara Brady Weston will be back from time-to-time, where does this leave Ben Weston (Robert Scott Wilson)? How will he go on if Ciara isn’t by his side? Head writer Ron Carlivati revealed the answer to that question and we will see Ben focus more on friendships.

DOOL spoilers reveal that Konefal is leaving, but she will make occasional returns as Ciara Brady Weston. This indicates that Ciara won’t die, even though we are going to think she does after an explosion during the upcoming week. But what does this mean for Ben, who has always had Ciara’s support since he was released from Bayview?

Even though Ben and Ciara won’t be seen together all the time, that doesn’t mean the reformed serial killer will go back to his old ways. He has made a few positive connections in Salem and he will continue to make more friends in the months ahead. He will definitely need people to lean on after he believes that Ciara is killed during another explosion.

Days Of Our Lives Spoilers – Bonding With Dr. Marlena Evans

Days of Our Lives spoilers reveal that one of the friendships that will be developed is Dr. Marlena Evans (Deidre Hall). Head writer Ron Carlivati told Soap Opera Digest that Ben and Marlena have bonded. He looks to her as a surrogate mother in away. When Ben found out that John Black (Drake Hogestyn) collapsed, he took action to be there for Marlena. It was a touching moment for the psychiatrist, who is going through so much family chaos right now.

Another friendship that we will see is Jake Lambert (Brandon Barash). Ben and Jake haven’t really interacted since he moved into the DiMera mansion. However, we will see them go back to that friendship.

Days Of Our Lives #DOOL Spoilers: Julie Tells Doug About Ciara’s ‘Death’, But There’s A Catchhttps://t.co/8WTDcbV3Ca

There is also a possibility that Ben and Claire Brady (Isabel Durant) might become friends. During the “Cin” wedding planning, things were rocky. However, the two seemed to have smoothed things over and realize that they both care about Ciara. So, we would see that develop into a friendship later on, as well.

What do you think of head writer Ron Carlivati confirming that Ben Weston will develop friendships and lean on the connections he has made in Salem? Do you think he will survive Ciara Brady Weston’s alleged death?

’90 Day Fiance – The Other Way’ Spoilers: Jihoon Lee Is Moving On From Deavan Clegg, Literally!