Days Of Our Lives Spoilers: Ava Vitali Returns To Salem, What Does This Mean For Joey Johnson 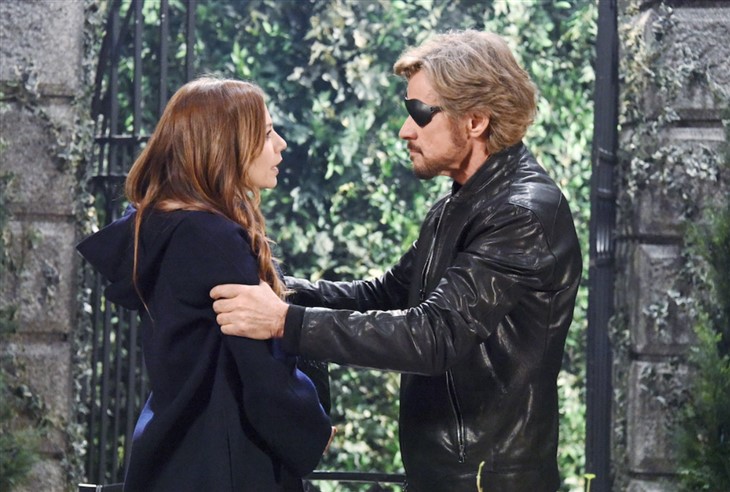 NBC Days of Our Lives spoilers and updates reveal Tripp Dalton (Lucas Adams) recently snuck into his father, Steve Johnson (Stephen Nichols), apartment that he shares with Kayla Brady (Mary Beth Evans). It seems that Tripp’s mother back from the dead Ava Vitali (Tamara Braun) isn’t far behind. Is Tripp working with his mother and what does her return mean for Joey Johnson (James Lastovic)?

Days of Our Lives Ava is obsessed with Steve and hates Kayla. Ava got with Steve after he was presumed dead and resurrected with no memory of Kayla years ago. After being dead for 16 years Steve resurfaced but Ava surfaced and kidnapped Steve. Ava returned in 2015 and kidnapped Kayla to force Steve into looking for their son that was sold on the black market. After they were told the child was dead Steve left Ava telling her he didn’t want to see her in Salem again. Unfortunately, that didn’t last.

Days of Our Lives Ava returned to Salem in February 2016 and claimed to have cancer. Ava continued to torment and manipulate Steve and Kayla until Joey could not take it anymore and smothered Ava in her bed. Steve took the blame for Ava’s death and it was covered up by the ISA but Joey later confessed after Tripp came to town and targeted Kayla as well trying to ruin her medical career. Joey has been in prison for Ava’s murder since 2017. However, Ava is now alive and back to wreak havoc on Salem, will Joey be freed when Ava turns up alive?

Days Of Our Lives Spoilers – Ava Vitali Is Alive

Days of Our Lives Ava is about to turn up alive in Salem. Joey is still sitting in jail for a murder he didn’t commit. Now that Ava is alive, will Joey be released and return to his family? Will Joey’s half brother Tripp join forces with his mother to torture not only Steve and Kayla but Joey as well? Tripp sneaking into the house and messing with the pictures of Steve and Kayla makes one wonder if he has joined forces with his mother. However, Tripp could easily be trying to warn Steve and Kayla as well and set his brother free. Tripp’s true motive for returning to Salem has yet to be seen.

At the present time, there has been no news about Joey’s return to Salem. However, the brothers had bonded before Joey went to prison and Tripp knows how evil his mother can be. Will Tripp side with her father and his brother to protect not only them but Kayla from Ava’s evil tirade? Will Ava accept that her son loves the woman she hates and thinks of her as his mother?

General Hospital Spoilers: 3 Reasons’GH’ Brick Needs To Be A Regular In Port Charles