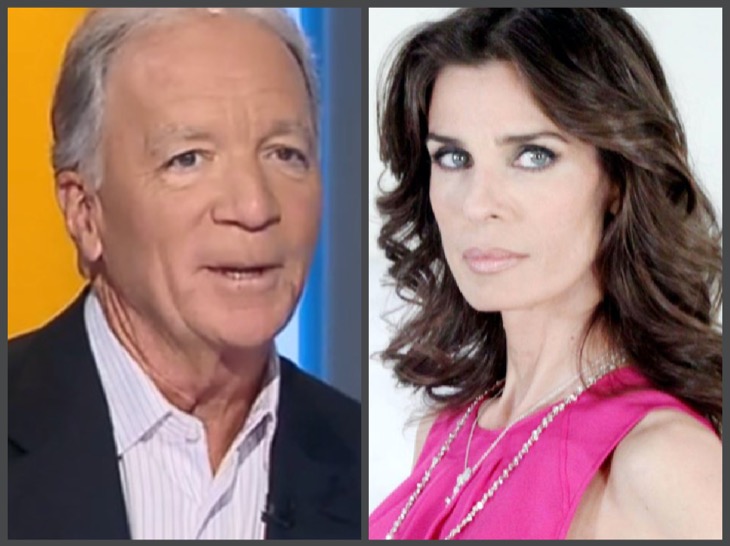 NBC Days of Our Lives executive producer Ken Corday has justified asking Kristian Alfonso to take a break for several months. It is what led to her quitting the NBC soap opera, in which she played Hope Williams Brady for nearly 40 years. The show boss defended what he is calling a “suggestion” in order to launch Hope’s new story.

DOOL fans were shocked when Kristian posted on social media that she had quit the soap opera. She stated that she would not be returning to the set when production resumes in September. In subsequent interviews with various media outlets, the actress explained that she had been thinking about leaving for a few years. However, when she was told that Hope would be leaving Salem for 4-6 months, she realized it was time to go.

During an interview with EW, Corday didn’t debate that he asked Kristian to go on a break. However, there are a few key details that are different. For one, he claims that she was only going to be gone for 3-4 months, not 5-6 months as some publications reported.

He also said that it was a “suggestion,” but Kristian’s interviews implied that she was told that’s what was going to happen. In fact, she specifically said that it wasn’t discussed with her.

The Days of Our Lives executive producer said that the reason for Hope’s temporary exit was to launch a new story for the character. He explained,

“In order to launch a new story — and we had a great story for her, we still do — I needed her off-camera for three or four months. During that time, something very interesting happens so she comes back to Salem with a secret. It doesn’t look like that’s going to happen.”

Days Of Our Lives Spoilers: Robert Scott Wilson Give ‘Cin’ Fans Hope, What’s Next For Ben?https://t.co/Of1SDLW91E

Days of Our Lives will air Hope’s final scene on October 15. However, she won’t have an exit story — at least, one that won’t be on-screen. Kristian quite suddenly and there were still open scripts. That means her story will have an abrupt end. One day we will see her, the next day she will be gone. Of course, Hope’s disappearance might be mentioned by other characters, but no actual exit story had been filmed.

When asked if Kristian changed her mind and wanted to return as other actors have, would they welcome her back? Corday indicated that the door was open, but the decision rests solely on the actress.

“That’s up to Kristian.”

Prince Harry And Meghan Didn’t Want To Play Ball In The UK But Can They Win The Game In L.A.?