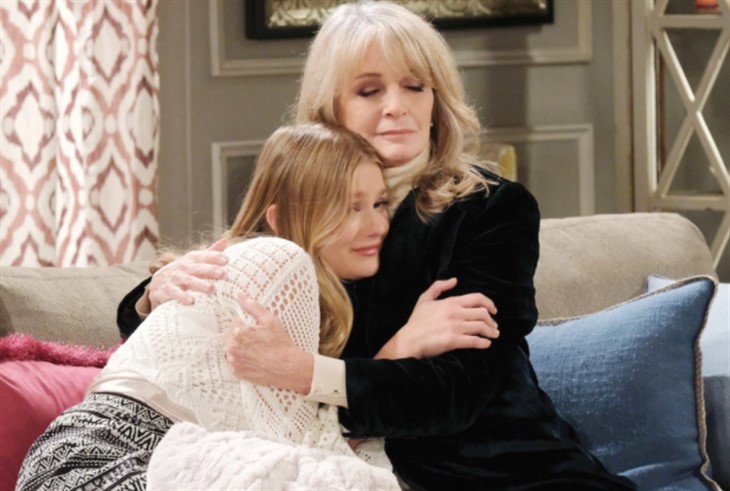 Days of Our Lives (DOOL) spoilers reveal that Allie Horton (Lindsay Arnold) has met Charlie Dale (Mike C. Manning). She recognizes him, but can’t place him and certainly doesn’t remember him attacking her. When Tripp Dalton (Lucas Adams) insists on his innocence, he cautions that the real rapist is still on the loose. This makes her find out once and for all who raped her that night.

DOOL spoilers reveal that Allie had blocked out the rape. When Tripp returned to Salem, Allie started having flashes of memories. She admits to drinking heavily that night and most everything in a blur. She is certain of a few things though, including that someone got her pregnant, hands held her down and she remembers seeing Tripp’s face. So, based on the few slices of memories from that night, it is understandable why she’s convinced Tripp raped her.

Last week, Ava Vitali (Tamara Braun) met with her second son, who nobody knows about. Charlie confirmed that he raped Allie and it was all to punish Tripp. Charlie has so much hatred and rage inside of him, but instead of directing it at his mother, he’s making his brother pay for his crimes.

Then, Steve “Patch” Johnson (Stephen Nichols) came up with a theory. He believes that the only thing that makes sense is that Allie’s rapist is a close relative of Tripp’s. Kayla Brady (Mary Beth Evans) says it is extremely unlikely, but hypothetically possible. Steve can’t investigate this case on his own, though. He manages to convince John Black (Drake Hogestyn) to help him because it will prove the identity of Allie’s rapist — whether it’s Tripp ro someone else.

Days of Our Lives spoilers reveal that Tripp runs into Allie and he has something to say. He tells the young woman that he is innocent, which means the person who really attacked her is still out on the loose. This is a reality check for Allie and that is when she decides to find out the truth once and for all.

Allie can’t come up with the full memory of that night on her own. She has tried but only a few images get through. But she knows someone who can help her bring out those memories. She goes to Dr. Marlena Evans (Deidre Hall) and asks for her help.

She wants “Doc” to hypnotize her. Over the years, we have seen Marlena hypnotize people before and she’s pretty good at it. She asks the right questions, but does not “lead” the patient or “implant” seeds in their mind. So, we expect Marlena to help Allie, which will identify Charlie as the rapist.

Days Of Our Lives (DOOL) Spoilers: Will Ava Kill Her Own Son? Charlie Avoids Prison, Must Be Stopped