Days Of Our Lives (DOOL) Spoilers: Will Ava Kill Her Own Son? Charlie Avoids Prison, Must Be Stopped 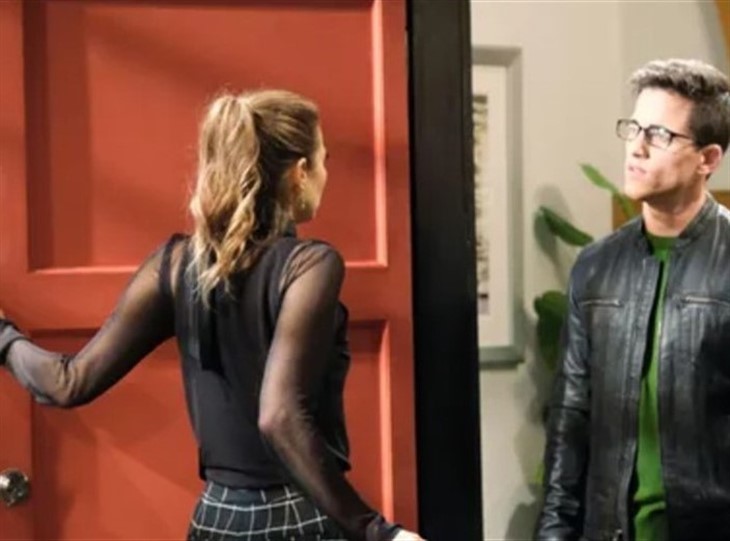 Days of Our Lives spoilers reveal that in Salem Charlie Dale (Mike C. Manning) doesn’t go to prison. If not for Allie Horton’s (Lucas Adams) rape, then he can be arrested for assault and kidnapping, right? Well, apparently he avoids jail time and is still in Salem in 2021. It is teased that Ava Vitali (Tamara Braun) might handle Charlie in her own way. Would she really kill her own son?

Days Of Our Lives Spoilers – Raping And Framing

DOOL spoilers reveal that many viewers speculated that Charlie raped Allie and they were right. Not only did Charlie sneak into Allie Horton’s (Lindsay Arnold) flat to rape her, but he framed Tripp for the crime. He hates his brother so much and wanted to show Ava that he isn’t so special. He never thought he would have to think or see Allie ever again. He had no clue that his victim from a year ago in London would turn out to be his current girlfriend’s cousin.

Charlie begged Ava not to tell Tripp or anyone else the truth about what he did, but she refused. So, Charlie knocked her out and tied her up in his apartment. While she was bound to a chair, Charlie went to a Christmas party. However, he was shocked to be introduced to Allie, the girl he raped a year ago all the way in London. He felt sick to his stomach and rushed out of there before she could recognize him.When he came back, he announced that Ava would need to die. But his plans were interrupted by Claire Brady (Isabel Durant). She didn’t notice anything odd and Charlie made sure to hide Ava. However, at some point Ava is either going to escape or someone will rescue her.

Days of Our Lives spoilers reveal that in 2021, Charlie is still roaming the streets of Salem. Now, we understand why Charlie can’t be arrested for Allie’s rape. But aren’t assault and holding someone hostage crimes? So why would Charlie not be in jail for committing those two acts? Head writer Ron Carlivati told Soap Opera Digest that Nicole Walker Brady (Arianne Zucker) tries to protect Ava from her own son. Despite her life being threatened, Rafe Hernandez (Galen Gering) doesn’t want to get involved yet. However, Nicole pushes him to put Ava in protective custody.

There is a possibility that Charlie’s punishment won’t be prison time, but this story needs to be resolved somehow. Is it possible that he is killed by his own mother? We think the storyline is leading up to that, but we’ll have to keep watching to find out.