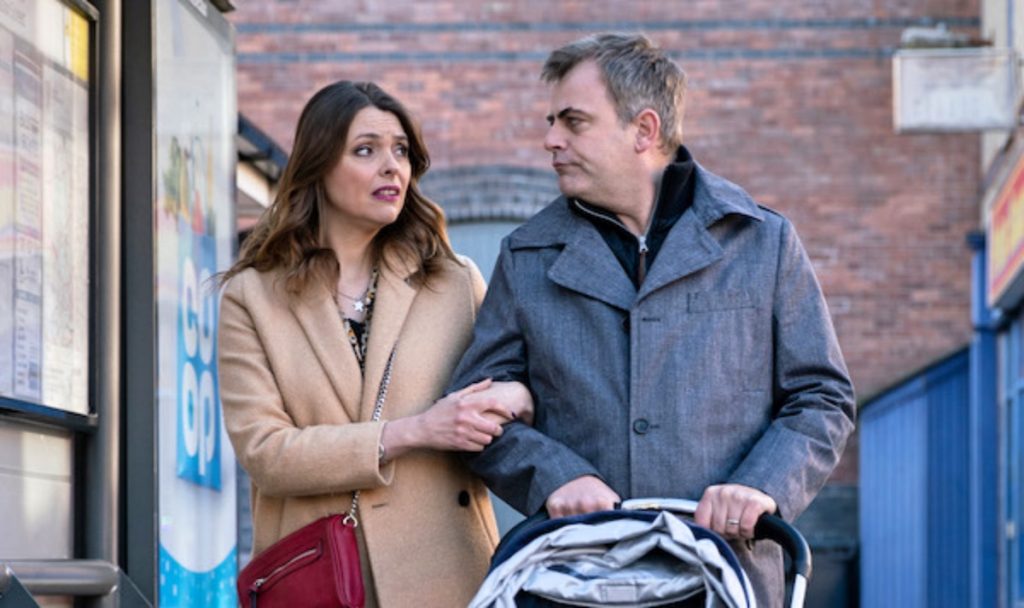 As the new year begins, fans begin to wonder what “Coronation Street” has to offer. Fortunately, showrunner Iain MacLeod was generous enough to drop some hints as to what viewers can expect. This includes a “horrific” storyline that will affect several families on the cobbles and the drama will center on Tracy and Steve.

Coronation Street Spoilers: What is the story about?

The storyline, which will kick off in Spring, will tear families apart. A shocking event will take place and it will have an enormous impact on the characters, something that MacLeod said will be by far the biggest in his entire tenure on soap operas.

The horrific event, which he referred to as the “worst possible thing” that could happen, will trigger events that will pit families, about 3 to 4 clans, against each other and cause a monumental exit.

“In the early spring time, there is a huge new story which I can’t say too much more about at this stage if you’ll forgive me for being cryptic but having re-established Steve and Tracy’s relationship on its strongest footing, something will happen that probably has the most far-reaching impact of any story we’ve done since I’ve been on the show, and I include both stints,” MacLeod said.

Coronation Street Spoilers: Viewers Won’t Know That It Has Started

The event will start on screen, something that viewers may not even recognize at first. It will kick off around March/April and the story will run from spring and into the summer. The “Coronation Street” didn’t reveal any specifics but he said that the McDonald clan will take on a huge role in the upcoming events, which would lead to Liz McDonald’s (Beverley Callard) exit.

Callard’s exit is still a long way off but it will be the result of Steve and Tracy’s problem and the big clans at war.

“Liz is attempting to do something heroic for her son that will probably go slightly wrong in a way that it will corrupt her relationship with Steve and she’ll have some making up to do but ultimately determine that the best place for her is not in Weatherfield because she and Steve are upsetting each other,” MacLeod teased.

He also confirmed when Callard said that she’s going out with a bang and that her character won’t be killed off.

General Hospital Spoilers: Ava And Nikolas Get Married! Is A Reign Of Terror About To Begin?