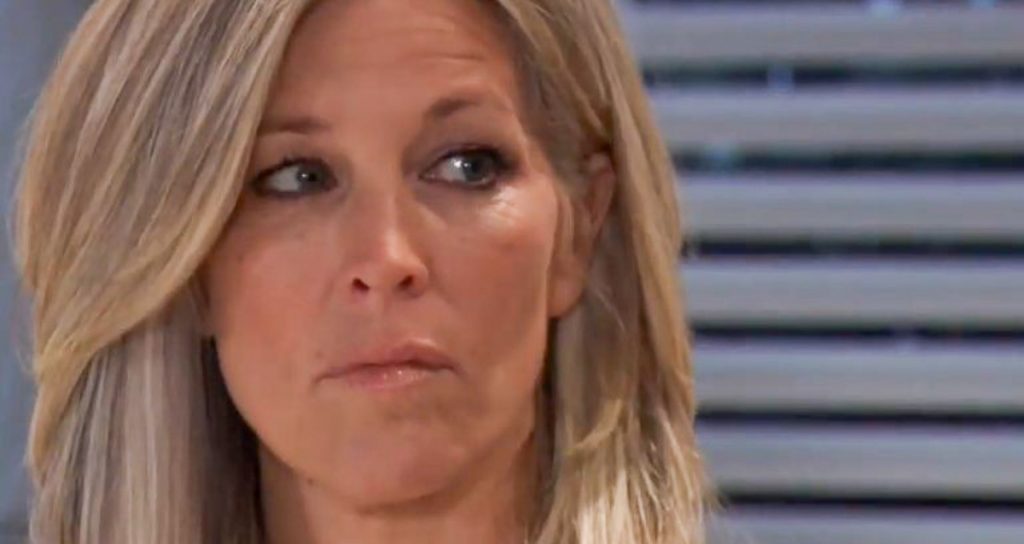 General Hospital spoilers tease that Carly Corinthos (Laura Wright) will have a change of heart about Mike Corbin (Max Gail) going on a road trip with Sonny Corinthos, (Maurice Benard) now that it’s just going to be within New York state, in an upcoming episode of General Hospital!

After much arguing with everyone from Carly to Gladys Corbin (Bonnie Burroughs) to even Jason Morgan (Steve Burton) about the wisdom of taking Mike to Sweden to get him into that experimental Alzheimer’s Disease treatment trial that Dr. Griffin Munro (Matt Cohen) told him about, he finally realized that it might not be the best thing for his father.

Sonny decided to take him on a trip to Bensonhurst instead, only a few hours away to give Mike what might be one last trip home and maybe work out some issues they have had with each other before Mike loses any more of himself to the horrid degenerative disease.

Carly isn’t so worried about a trip that is only a few hours away. That won’t be so hard on Mike physically, and considering the trip is planned to his and Sonny’s home town, and old stomping grounds, it may even do him some good. Alzheimer’s patients usually go through a phase where it is easier for them to remember farther back timewise so things should be more familiar to him, although many things may have changed as well. Cities don’t always take historical locations into account and tear them down and build condos and parking lots!

If Mike’s own childhood home is still standing, that might be a great place for Sonny to take him to, especially if the current owners allow a visit for a senior citizen on his last legs! Mike may even remember some things from his childhood that he will talk to Sonny about and they will be things that will be Sonny’s first time hearing, and he may never have that chance to learn about his father’s childhood again!

General Hospital Spoilers – What About Carly Corinthos? Will She Go Along On The Road Trip?

Chances are, Carly probably will not go on the road trip; she’ll want to stay close to home since her adoptive brother Lucas Jones (Ryan Carnes) is still in a coma and doctors don’t know if he will ever wake up. She will want to support her mother, Bobbie Spencer (Jacklyn Zeman). Plus, some issues will arise with Nelle Benson (Chloe Lanier) being unexpectedly released and Carly will want to support her son Michael Corinthos (Chad Duell) as well as Nelle will make major trouble for them!

If she’s released before Sonny leaves with Mike, Sonny may even ask her if she’s sure she wants him to go, but she’ll tell him that he needs to take Mike on this trip before Mike deteriorates even worse, and besides, Jason Morgan (Steve Burton) will remain close by and on guard as well – especially when Nelle’s connection to Shiloh Archer (Coby Ryan McLaughlin) is revealed!