General Hospital Spoilers: Ava And Nikolas Get Married! Is A Reign Of Terror About To Begin? 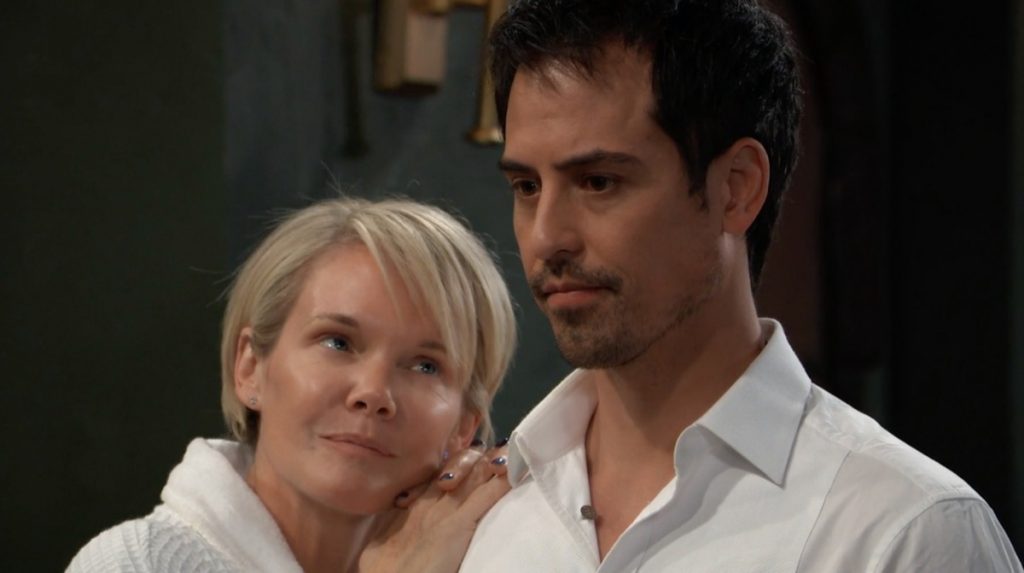 Ava Jerome has done it again, our nine-life cat has announced that she will marry Nikolas Cassadine. In the middle of Valentin’s and Nina’s wedding ceremony, Nikolas has made his triumphant return to Wyndemere with Ava Jerome in his arms. Everyone has remained with their mouths open to witness how that unexpected couple broke into Valentin’s wedding.

However, the most surprising news was announced by Ava herself, she and Nikolas are getting married very soon, so things in GH change unexpectedly again. Are we witnessing the beginning of a new reign of terror?
The prince returns to Wyndemere

General Hospital Spoilers: Ava Is Getting Ready For The Biggest Journey Of Her Life

Nikolas Cassadine returned with a very clear purpose: to take revenge on the man who almost killed him and recovers his family’s estate. In the middle of all this game of lies and power, he was involved with his main accomplice, Ava Jerome. Although his mother and family were looking forward to meeting him again, Nikolas only wants to kill Valentin once and for all.

Now that Ava and Nikolas are about to get married it seems that there is no one to stop the rise to power of the prince. The codicil, family fortune, Wyndemere, and Valentin’s final defeat are some of the awards that Nikolas has the right to claim now that he has returned. Laura feels devastated and is not yet able to forgive him for what he did to Spencer, even though Valentin is one of his enemies.

Nikolas tells his relatives how he could stay alive and all he had to do to prepare the conspiracy against Valentin. There are no happy faces, only a deep silence between them. Was everything he did worth it?

General Hospital Spoilers: What will happen to Valentin Cassadine?

Valentin is broken. Nina was a fundamental part of the trap, and the wedding was planned with the sole purpose of making her fall as resounding as possible. Although inside he feels a little sorry, his expression is very clear “Revenge is sweet”. With a broken heart in a thousand pieces, Valentin explains that he will always love her, although she can’t love him.

He tries to make her understand that Nikolas, Jordan and the others have been manipulating her in an even worse way than him, but Nina doesn’t want to hear it. Valentin leaves the room with the sadness marked on his face and for the first time in a long time we can see a little humanity in him. What will the future hold for Valentin? How will all these new revelations about her father affect Charlotte?

The end-game has arrived for Valentin and it is time for him to pay for all his crimes. Will he give up without a fight or will he have a final ace up his sleeve to prevent Nikolas and Ava from taking over everything he has?

This and much more we will know in the next chapters of GH!

The Bold And The Beautiful Spoilers: Steffy Central To Ongoing Fight – Connection With Liam And Link To Thomas Crucial