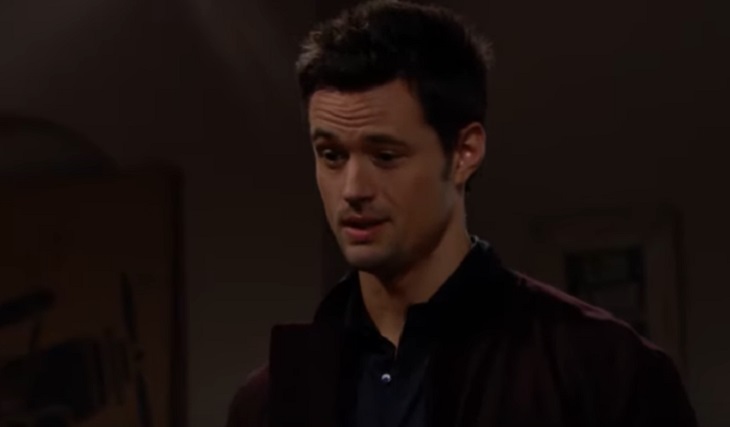 The Bold and the Beautiful (B&B) spoilers tease that Thomas Forrester (Matthew Atkinson) will make a shocking demand of Hope Logan (Annika Noelle). He doesn’t trust Liam Spencer (Scott Clifton) around his son, Douglas Forrester (Henry Joseph Samiri) and he demands that Hope, being the boy’s adopted mother, keeps her fiancé away from his son.

Hope will be confused about how to handle the situation. She loves Liam and he’s asked her to give up custody of Douglas. And, now Thomas wants to keep Douglas away from Liam. She feels caught in the middle and she isn’t sure what to do.

Hope is feeling the pressure between Liam and Thomas’ demands about Douglas. She loves Douglas and she sees him as her own child. She doesn’t see him as a bonus child or a stepkid. In her eyes, he is no different than Beth and she wants to protect him from harm.

She knows that she has to respect Thomas’ suggestions about Douglas, as he is the boy’s father. She wants to work with him and she wants him to be happy about the situation.

At the same time, she loves Liam and she wants to spend her life with him. Hope wants Liam to want to spend time with Douglas and not want to erase him from her life. It has put her on edge as the boy’s mother she wants to protect him from getting hurt

Thomas is not a novice at getting Hope’s attention. He knows that she loves Douglas and she wants to be an active parent to him. He thinks that if Liam pushes to have Douglas erased from Hope’s life, she will push back and move to end her relationship with him.

Liam isn’t prepared to give up Hope easily either. He loves her and he loves the family life they’ve created. It will cause a lot of tension in the weeks ahead. Do you think Thomas’ demand that Liam isn’t around his son will cause Lope to break up?