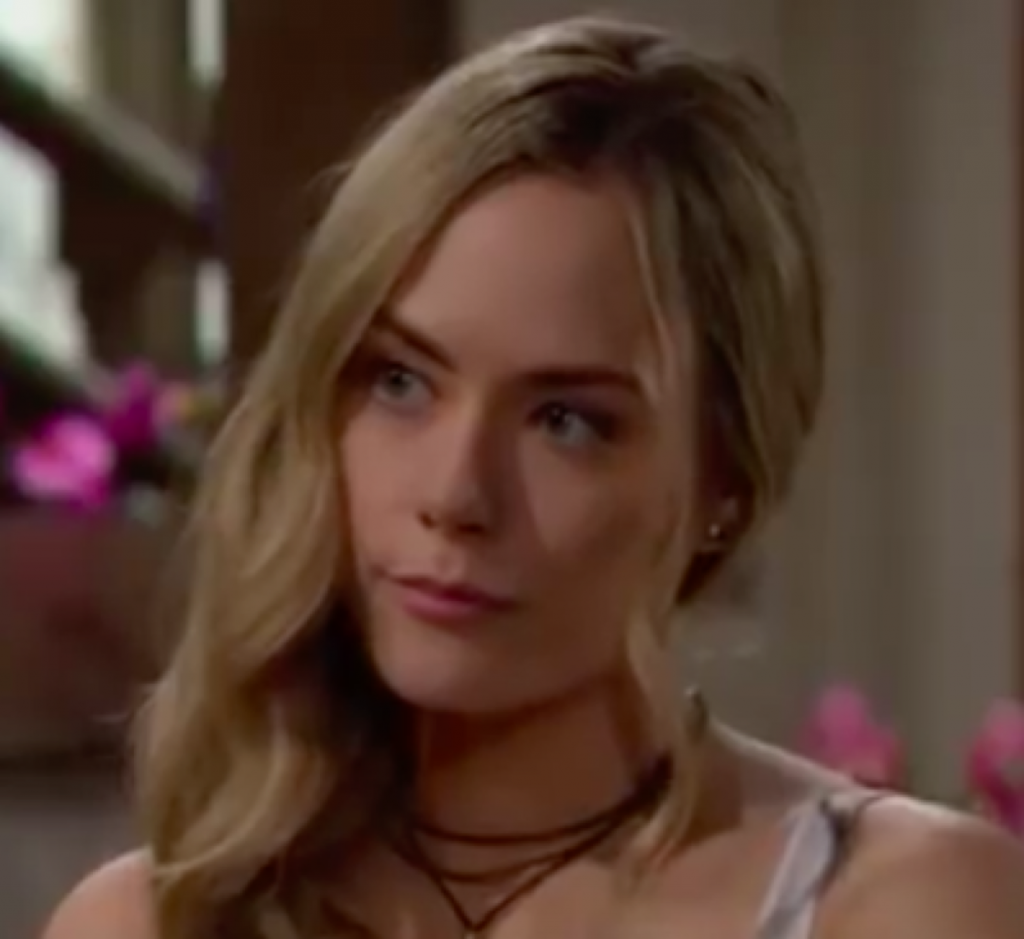 The Bold and the Beautiful spoilers for Friday, January 10, tease that Liam Spencer (Scott Clifton) will have some serious explaining to do. As B&B viewers know, he and Steffy Forrester (Jacqueline MacInnes Wood) were kissing out by the cliff when Hope Logan (Annika Noelle) came along and saw them.

Of course, the whole thing was set up by Thomas Forrester (Matthew Atkinson), who even got Steffy involved in the plan. As B&B viewers know, he called Steffy’s phone at the precise moment when Hope was showing up, and Steffy kissed Liam right on cue.

Hope was stunned by what she saw, and on Friday’s B&B episode, it appears that a major confrontation will occur, as Hope barges out onto the cliff and lets Liam have it. Of course, Hope is already upset enough over Liam’s marriage proposals which included the stipulation that she had to cut Thomas out of her life completely.

That really rubbed Hope the wrong way, since it would mean that she’d have to give up not only her fashion line, but also that she’d no longer be able to be a co-parent to Douglas Forrester (Henry Joseph Samiri). Those terms were unacceptable to her, just as Liam’s behavior with Steffy will no doubt be equally unacceptable.

Of course, Steffy might feel guilty as all of this goes down in front of her on the cliff. After all, she was a part of the plan and actually stooped to Thomas’ level for a brief moment…but it was an important moment and there could be serious ramifications. Perhaps Steffy will decide to dig in and fight for Liam right then and there, which would be an interesting development.

Whatever happens on the cliff, B&B spoilers indicate that Hope will make a major decision that could cost her everything. Will she decide to break thing off with Liam permanently? Given what he just did, plus the fact that she won’t be willing to give up Douglas, it might seem like the only option in her mind.

The Bold and the Beautiful spoilers say that Hope will eventually fill Brooke Forrester (Katherine Kelly Lang) in on what’s happened, and Brooke will surely offer her advice. Brooke wants to see Hope and Liam work things out and be a family with Beth Spencer (Madeline Valdez and River Davidson) and Douglas, so she’ll probably tell Hope to not make rash decisions.

Meanwhile, on Friday’s new episode of B&B, Brooke and Ridge Forrester (Thorsten Kaye) will have some more troubles, as Thomas will come between them again. As B&B viewers know, “Bridge” just reunited after Brooke asked Ridge to come back home. They seemed to be blissfully happy, but it doesn’t look like their happiness will last long.

Exactly what Thomas is going to do remains to be seen, but B&B spoilers are clear that he’s going to do something to derail Ridge and Brooke’s reunion. It could be that they’ll find out about what happened on the cliff between Steffy and Liam and they’ll disagree. B&B viewers know that Ridge has recently voiced his support of Steffy and Liam getting back together.

Well, that’s something that Brooke probably wouldn’t appreciate hearing. We’ll see exactly what ends up thwarting “Bridge’s” reunion, as it’s always possible that Thomas will do something else that will blow up their happiness. It looks like the troubles aren’t over for Brooke and Ridge!