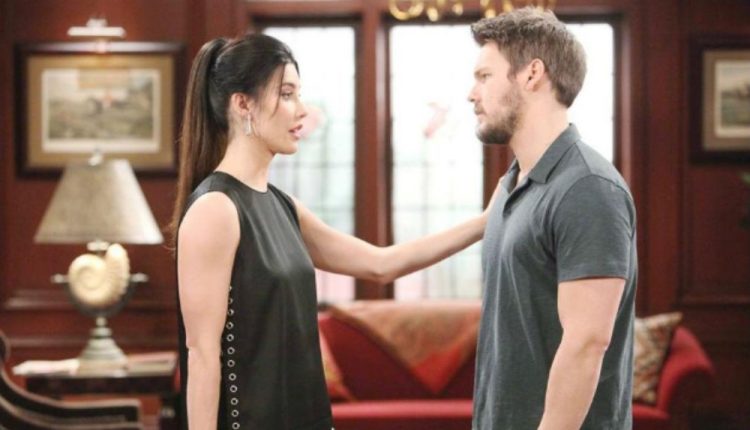 Liam has two daughters; one with Steffy, who is Kelly, and one with Hope Logan (Annika Noelle), Beth Spencer (River Davison). Liam spends time with both Kelly and Beth, but with his recent breakup with Hope, he’s over at Steffy’s with her and Kelly a lot more often.

The Bold and The Beautiful Spoilers February 3 to February 7: Liam Realizes That His Kiss With Steffy Is Complicating Things

Then, there was that kiss – which Liam felt guilty for but yet didn’t push Steffy away either. Perhaps Liam feels guilty about the kiss because he has a reason to – maybe, deep down, he wanted it! Perhaps that’s why it took Liam so long to propose to Hope as well – and why he gave her conditions, that she couldn’t live with, like abandoning Douglas Forrester (Henry Joseph Samiri) and firing Thomas Forrester (Matthew Atkinson)!

Steffy has wanted Liam back for a long, long time. They were married three times, and she still has a large closeup photograph of the two hanging up in her living room. It seems she is in a state of some kind of undress every time he comes over for family time with Kelly, which is a telling situation! They have had a very complicated relationship, and Liam has gone back and forth between her and Hope for quite a while.

Longtime viewers will recall that when Steffy learned she was pregnant with Kelly, she reluctantly had a DNA test to find out whether Liam or Bill Spencer (Don Diamont) was the father. She had been sleeping with both of them! It was confirmed that Liam was the father of Steffy’s baby. Steffy was relieved and told Bill the news. Also, they both agreed to never tell Liam about their betrayal. However, the truth eventually came out!

While Steffy was daydreaming about herself, Liam, and their child, Liam heard Steffy’s phone go off in her purse. Before he retrieved it, Liam saw the paternity test in her purse, and goes outside and shows it to Steffy. When Liam and Steffy went inside, Liam demanded Steffy to tell him the truth on why she took a paternity test. Liam then realized that

Steffy lied to him about spending the night in her car but instead was at Eric Forrester’s (John McCook) guesthouse when Quinn Forrester (Rena Sofer) told him where Steffy was that night. Liam also learned that she cheated on him with someone when she was hesitant about renewing their vows. Steffy finally confessed that it was Bill who she had slept with.

Baggage from their past has been trying to sneak in for both of them, and one night when they are having family time with Kelly, it all comes to the surface! Sparks reignite between the couple and they rekindle their romance and reignite their passion! It’s something that has been building up inside each of them for a long time, and they reconcile as a couple once more!