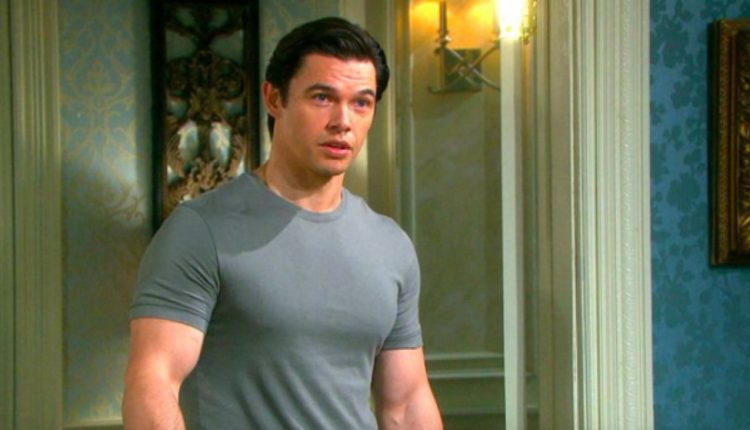 Days of Our Lives spoilers reveal Xander Cook Kiriakis (Paul Telfer) gets to hear the words he’s been longing for. Sarah Horton (Linsey Godfrey) tells him that she is in love with him. However, that isn’t all. She also stands up to Eric Brady (Greg Vaughan) and defends the villain’s role in Mackenzie “Mickey” Horton’s (the May twins) life. It’s a major victory for the character.

DOOL spoilers indicate Xander will go through heartbreak when he walks in and sees Eric and Sarah in an unexpected position. The two are half-dressed and it appears to Xander that they are about to become intimate. However, he doesn’t know the whole story.

Eric and Sarah seem like they are going to make love but the Salem doctor stopped then former priest. She can’t go through with the act because she realizes that her heart belongs to Xander. When Xander walks in, she just gets through rejecting Eric and they are actually putting their clothes back on.

Sarah tells Xander the truth about what happened and then floors him when she says she is in love with the man standing right in front of her.

Days of Our Lives Spoilers – Standing Up To Eric Brady

Days of Our Lives spoilers reveal Xander gets perhaps an even bigger victory. Ever since Eric discovered he is Mickey’s father, he has issued demands. One of those is that Xander not be anywhere near Sarah or Mickey. However, we saw last week that Sarah finally stands up to Eric and tells him that Xander is important to both her and Mickey.

Days Of Our Lives For Spoilers For February 3 to February 7: Ciara, Clyde And Will Try To Help Ben https://t.co/OCKowctd81 pic.twitter.com/gWxDEBcLP5

“The idea of somebody like Sarah taking up for him and defending him against somebody like Eric is such a massive victory for Xander in the sense of the project of self-improvement that he’s been on. Sarah has chosen Xander over Eric not just out of lust, but also because she thinks he needs to be in Mickey’s life.”

Even though Eric has seemingly accepted Sarah’s words, he did so reluctantly. We predict there will be more drama between these three before the story is over.