Bold and the Beautiful Spoilers: Ridge and Brooke Finally Reunite- Will He Find Out About The Kiss? 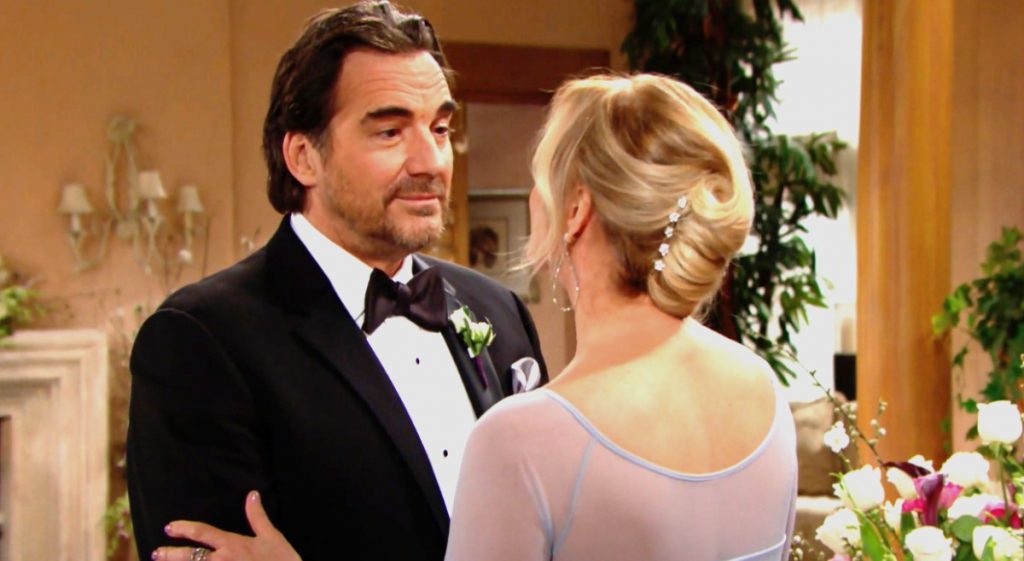 The Bold and the Beautiful Spoilers – Thomas Forrester Is Caught In A Trap Set By Liam Spencer, Hope Logan, And Steffy Forrester At His Wedding

Viewers of The Bold and The Beautiful will recall from Friday’s episode that when it came right down to saying his “I do’s” to Zoe Buckingham (Kiara Barnes) Thomas got really, really, nervous. He couldn’t get the words out of his mouth. Then Zoe warned Thomas not to dare to leave her at the altar!

Hope came dressed in the wedding dress that Thomas had designed and apparently had made for her, telling others it was actually for her line, as a showstopper, for “Hope For The Future”. Thomas had hoped for Hope in his future, and when Carter Walton (Lawrence Saint John) asks Thomas who it will be, he tells Zoe he’s sorry, but Hope is the mother of his child. Zoe then hauls off and gives him a very well deserved slap!

He went to Hope, embraced her, told her she made him the happiest man in the world, only to have her shove him away and tell him the only reason she has the gown on was to expose him for the liar and manipulator he is and that Steffy told Liam and her everything! Hope than confronted him about his using and manipulating his own son, little Douglas Forrester (Henry Joseph Samiri) with Zoe interjecting he won’t be marrying either her or Hope now!

She was seething with anger realizing that it was all an act! She’s also thankful Hope rescued her from what would have been a terrible mistake, and that she will never be anyone’s consolation prize after he has the nerve to tell her they can still get married!

B&B Spoilers – Ridge Forrester, Watching All This, Had A Rude Awakening

Meanwhile, Ridge, standing in the background and watching all this unfold, has had a very rude awakening himself! Ridge apologizes to Brooke for not listening to all her warnings about Thomas, and says while he will always love his son, he roars at Thomas, “YOU PLAYED ME!” Thomas had teared up as Ridge angrily asked Thomas what was wrong with him – he can’t even look at him anymore! Thomas teared up, but who knows if he has learned his lesson or not?

Of course, Ridge is disappointed – every parent wants to believe the best of their children, and Ridge had put everything on the line, including his marriage and relationship with Brooke, to support Thomas and give him the benefit of the doubt, and of course, now, he realizes all that was misplaced.

There’s nothing more than Ridge wants now than to make things right with Brooke, and his misplaced belief in Thomas was what had been tearing them apart. Now that he sees the truth, he talks to Brooke about his wake-up call about Thomas, and the two reunite.