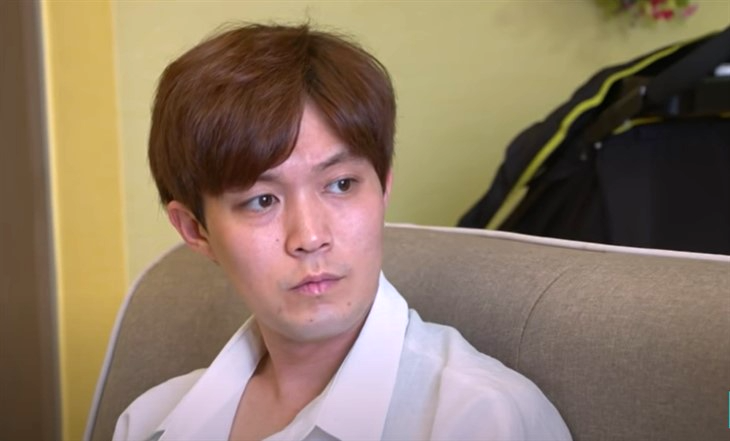 TLC’s “90 Day Fiancé-The Other Way” stars Jihoon Lee and Deavan Clegg are split up, with Deavan in Utah and Jihoon in Korea. Deavan has moved on with someone new, and says Jihoon won’t give her a divorce! Plus, she has announced neither will appear on the tell-all!

Deavan and Jihoon recently both confirmed the many rumors that had been swirling about their breakup. Jihoon is still in South Korea and Deavan, her daughter Drascilla, and their son together, Taeyang, are back home in Utah. Both have accused the other of various things, Jihoon saying Deavan won’t let him see Taeyang, and Deavan saying Jihoon wouldn’t co-parent with her. Adding to that, Deavan is claiming that Jihoon won’t sign the divorce papers and she has moved on with actor Topher Park.

Then the fans kind of split up into factions – one faction believing and supporting Deavan and slinging accusations at Jihoon, and the other believing and supporting Jihoon and slinging accusations at Deavan! Apparently the accusations leveled against Jihoon were so nasty that he couldn’t deal and had shut down his Instagram account for a time, and then posted pleas to be nice. When this happened, he didn’t notify Deavan of his going offline so she thought he just was ghosting her along with the rest of the world, causing even more confusion and lack of communication.

Those on her side cited Jihoon’s dishonesty about having a criminal record, his dishonesty when he lied about having a good job to get Deavan to come to South Korea with the kids, his debt and inability to manage money properly. Those on his side felt that Deavan, as well as her mother Elicia, were too harsh in judging Jihoon and didn’t give him a chance.

90 Day Fiance – Deavan Won’t Be At The Tell All

Now Deavan has implied that Jihoon had done “evil things” to Drascilla and TLC didn’t want to put her and her family through having to be around Jihoon, especially Drascilla. Deavan claims that something bad had happened regarding her little girl that could never be forgiven. She shared this on an Instagram story.

’90 Day Fiance – Happily Ever After’: Hot New Update On Larissa’s Arrest By ICE: She Could Still Be Deported! https://t.co/3BNIZZHsaq pic.twitter.com/2oq2O86W3u

Deavan also said that TLC had known what happened to Drascilla for months, and said she is a little upset that she will not be able to tell her side of the story because TLC knew what was happening and she pretended things were okay online for TLC, so she wouldn’t be breaking her contracts with them. “90 Day Fiancé” stars have to sign non-disclosure contracts so as not to spoil what is going to happen when the show airs, and these are likely the contracts that she is referring to.

It doesn’t take a lot of “rocket science” for viewers to figure out what Deavan is implying, and if what happened to Drascilla is what appears to be implied, Deavan may not have a choice in whether to let Jihoon see Taeyang either; a mother has to protect her children, and sometimes she has to protect them from their fathers.

As for Jihoon, he has insinuated that she will not allow him to see his son and that Deavan removed Taeyang from his life without his knowledge. Deavan has promised that eventually, she will be able to tell the whole story and that she will-it just won’t be on the tell-all.

Stay tuned to ”TLC’s “90 Day Fiancé-The Other Way” and keep checking back here for all the latest news, updates, and gossip about all your “90 Day Fiancé” shows and stars!