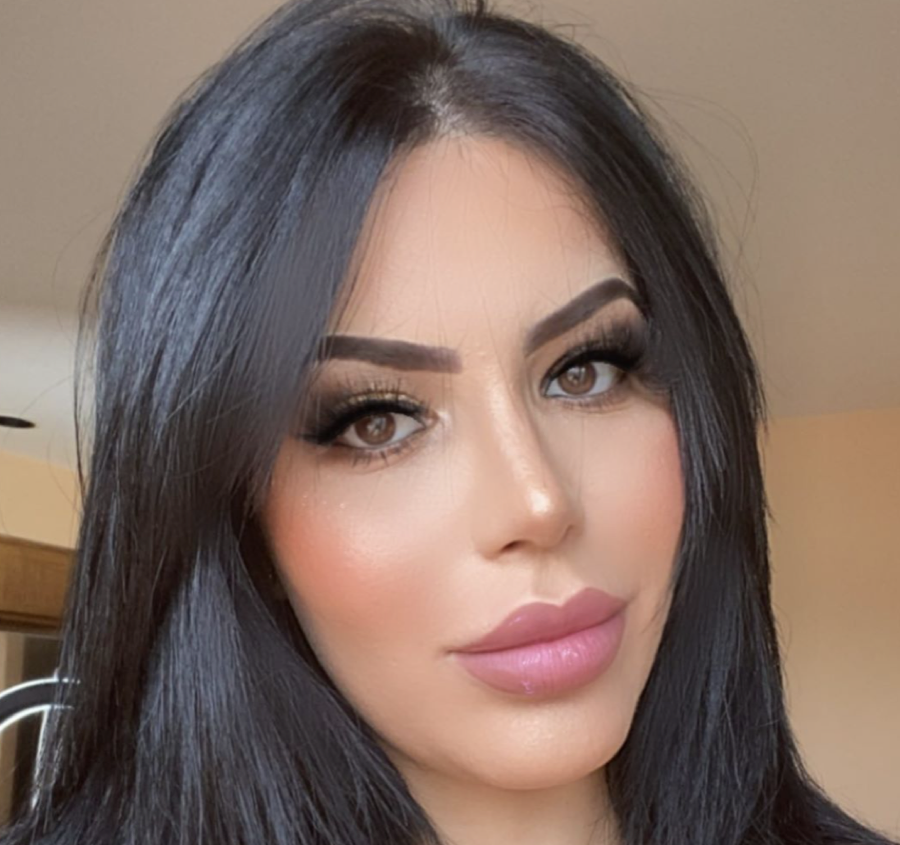 TLC’s “90 Day Fiancé-Happily Ever After” star Larissa Dos Santos Lima finds herself in hot water with TLC not long after being arrested by ICE and released! Now, word is that she’s been fired by TLC and Sharp Entertainment for her raunchy videos on CamSoda!

What Exactly Is “CamSoda?”

When Larissa was recently arrested, reportedly it was because of her videos on CamSoda. She was quickly released, however. News reports on sites such as “The Hollywood Gossip” and TLC blogger John Yates’ blog claim that Larissa’s videos go against TLC’s beliefs in wholesome looks. It could be debated that their other stars do the same types of videos on other sites, some on Cameo, some on “Only Fans” Instagram accounts.

So why fire Larissa? TLC has supported her through her many arrests and ICE court dates previously! Some fans think it quite hypocritical of TLC! The specific incident leading to Larissa’s is a livestream she did on CamSoda on September 14. It is rumored that TLC was filming her and Eric moving into their new house in Colorado Springs but brought everything to a dead halt! Larissa’s livestream made her one of the top five earners on CamSoda of all time, but apparently it crossed a line with TLC! 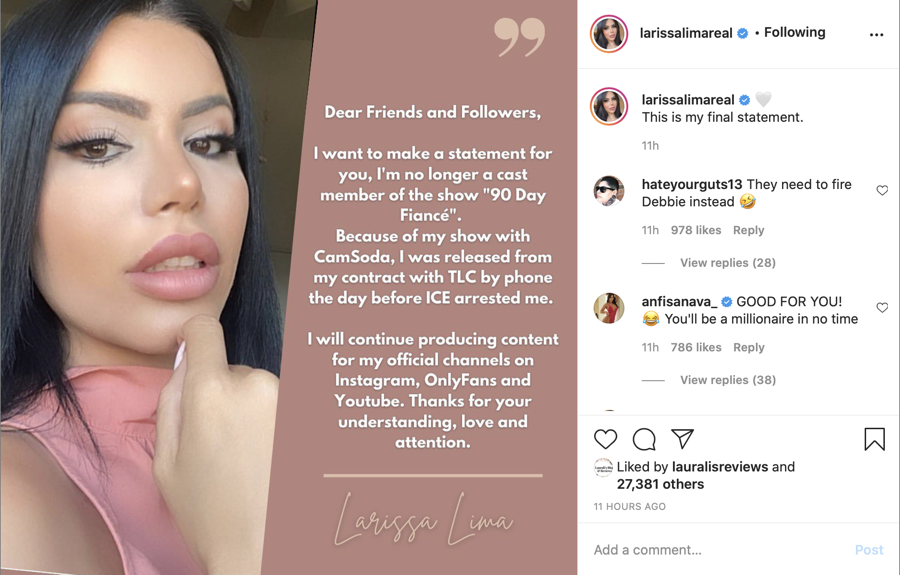 What Was On The Livestream?

Reportedly, the Livestream featured Larissa, clothed, rubbing herself down with oil. She had decided to go on CamSoda to publicize her plastic surgeries. Her firing is the culmination of rough several months, where she was in danger of deportation several times. She finally completed her community service in season five of “90 Day Fiancé-Happily Ever After”. She was staying with her Brazilian friend Carmen Rys, then booted out of the house. Carmen didn’t like Eric Nichols and Carmen moved in with him.

Carmen has since gotten to know Eric better. Now she has given the couple her stamp of approval. A woman rubbing herself down with oil while clothed does not seem particularly pornographic. Depending upon where she was rubbing the oil, it could be taken that way. As a rule, people, in general, don’t go rubbing oil into their clothing intentionally.

Other “90 Day Fiancé” stars use Cameo or Only Fans accounts to make extra money. However, none of them have been reported to use CamSoda except Larissa. It may boil down to some kind of contract clause or dispute. Perhaps CamSoda is owned by a competitor company to TLC or to Sharp Entertainment, and in using Larissa violated her TLC contract.

The Bold And The Beautiful Spoilers: Steffy’s Spiral Intensifies, Even Finn’s Not Enough

’90 Day Fiancé’: Paul And Karine Staehle Back Together, Check Out Her…

’90 Day Fiancé’ Spoilers: Sumit Singh Speaks Out On How Traumatic His…