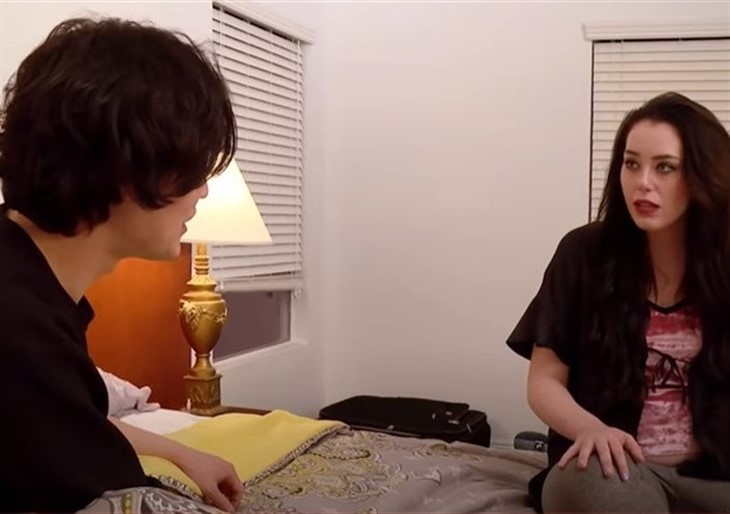 TLC’s “90 Day Fiancé-The Other Way” fans have watched Deavan Clegg and Jihoon Lee in South Korea struggle with each other all through the current season of the show. However, there are some who think that their scenes should be cut for the remaining half of the season!

Deavan and Jihoon both have become quite controversial recently. The former couple has been seen airing their dirty laundry on social media in spite of the non-disclosure agreements that “90 Day” couples have to sign. This means that they cannot reveal what is happening ahead in the season, and they should not be posting anything that will give people clues too far ahead of time.

They were to return to the show in the second half of the season according to previews, but in the first new episode after the mid-season break, they were conspicuously absent. The question is, have their scenes been cut on purpose after they were uninvited from the tell-all, or because they’ve already told all there is to tell on their social media and violated their non-disclosure agreements?

The two met on an international dating app. Jihoon traveled to America to meet Deavan, and she became pregnant with their baby Taeyang on their first night together! The first red flag in their relationship was his not being present for the birth of their child. Later, Delavan found out that he had dealt in stolen phones (allegedly) and she was not happy about that either. But when things really went south is when Deavan went to South Korea with the baby.

90 Day Fiance Spoilers – Jihoon Did Not Seem To Be Responsible

Deavan took Taeyang to South Korea on the assumption that Jihoon had given her, that he was working at a good-paying job. He made it sound like such a good-paying job that she would never have to work. But it proved to be lies – he has a delivery job and a part-time one at that. Even in the United States delivery jobs are usually not that well paying unless it is UPS, FedEx, or one of those types of delivery jobs or driving a transport truck. Pizza and Chinese food delivery don’t play well at all and that is the type of delivery job Jihoon has, not a high paying one or even a full-time one!

Deavan knew that it would be futile to stay in South Korea until Jihoon learned paternal and financial responsibility, and went back to Utah with the baby. Before they left, however, they did get married – on paper, as Deavan puts it! But afterward, they left South Korea yet again. For a while, it was said she and Taeyang were only back in Utah for a visit and that the pandemic kept them apart. But when photos surfaced of Deavan dating a new man, Topher Park, that story didn’t ring so true anymore!

She has even recently accused Jihoon of abusing Drascilla as a form of discipline (pulling her hair) which while fans in America are shocked, apparently it is a common thing in South Korea because Jihoon maintains he did nothing wrong as Drascilla’s stepfather. Jihoon has accused Deavan of keeping Taeyang from him and has posted some things which look like a form of revenge. In the preview of the new season, it showed Deavan accusing Jihoon of cheating on her, which adds yet another layer to their drama. But they weren’t shown in the first episode at all. These episodes were filmed around a year ago and looking at all the drama shown on their social media, it’s obvious things have changed dramatically.

The truth of what really happened during those COVID-19 separation months could very well be what would be shown in a current storyline. The preview for the next episode showed the couple discussing a Korean wedding ceremony with Deavan adding that even though they were married on paper she wanted a big ceremony.

The wedding is said to have happened a year ago, in October 2019. This was months before their rumored separation. Since they were asked to stay away from the tell-all, there has been no official word from TLC as to whether their scenes will be cut going forward or not; but many viewers think they should be!